AMD’s Ryzen CPU is highly anticipated by a lot of PC gamers. Although the red team has not revealed its price, it appears that this new CPU will be released on February 28th, during GDC 2017. Or at least that’s what was hinted by AMD’s upcoming GDC 2017 session.

According to the GDC 2017 session scheduler, AMD will hold an event in which it will introduce GDC 2017 attendees to the AMD Ryzen CPU followed by advanced optimization topics.

However, and even though AMD was quick to react, the red team revealed that AMD Ryzen will be already available when this GDC 2017 session kicks off.

WCCFTech was able to capture an image of that session before it was edited by AMD. As we can see, AMD claims that its Ryzen CPU will be already out by then. 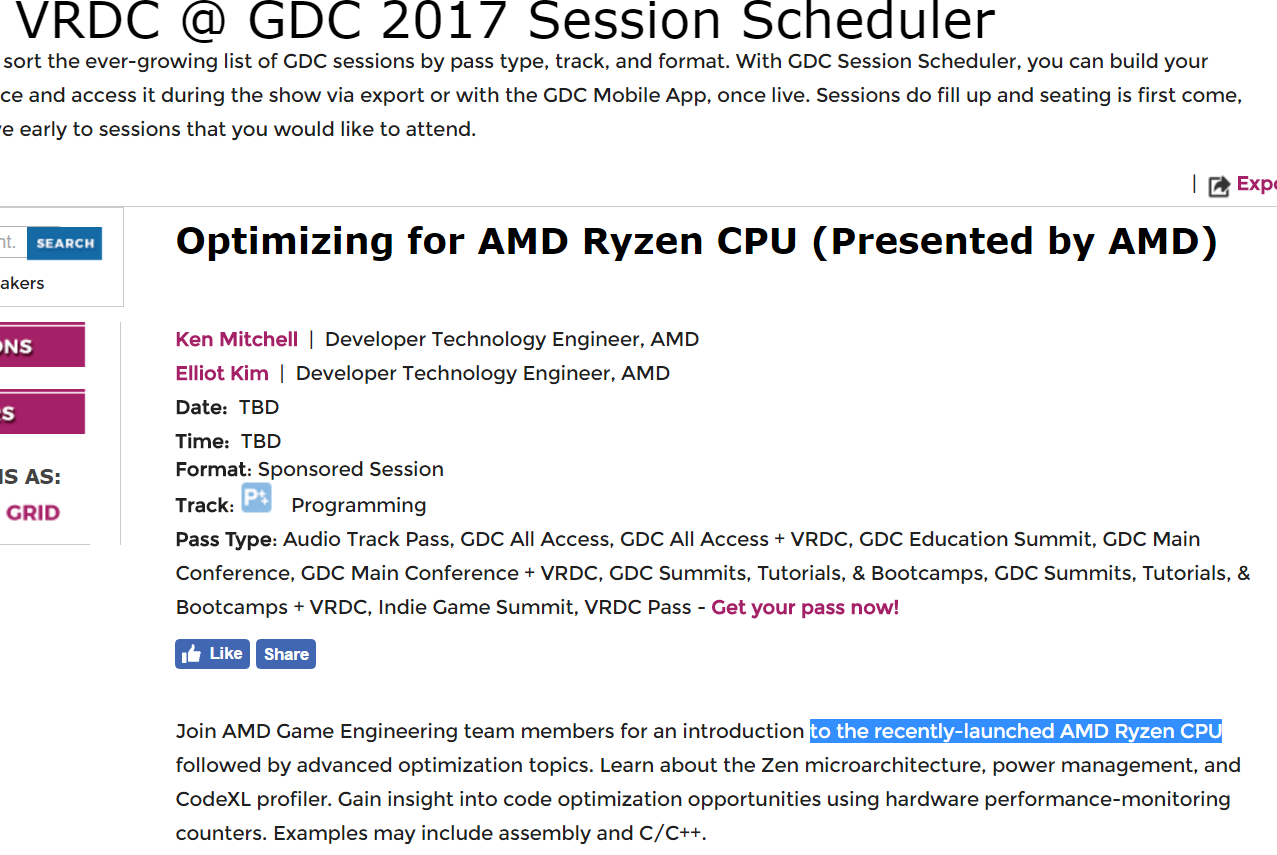 It will be interesting to see how much AMD’s high-end Ryzen CPU will actually cost. Performance wise, it appears that Ryzen will be able to compete with Intel’s Core i7-6900K.

A couple of days ago, French hardware magazine CanardPC claimed that a new revision for AMD’s Ryzen CPU has surfaced. According to the magazine, this new revision features a base clockspeed of 3.6Ghz and a turbo frequency of 4.0Ghz. Whether the retail version of the AMD Ryzen will be clocked at these frequencies remains a mystery.