Gas Powered Games and Chris Taylor have posted a new update about Wildman, in which the creator of Dungeon Siege and Supreme Commander explains the style of this game and how different it actually is from our typical aRPG titles. Wildman is said to be an RTS/RPG hybrid, in which technology will play a big role in it and will influence your character’s development.

In addition, Gas Powered Games has released a new concept art of some dinosaurs, meaning that these prehistoric creatures could make an appearance in this game.

Wildman’s Kickstarter is currently struggling to hit its first goal of $1.1 million. The campaign has raised $323K and there are 20 days left to it. 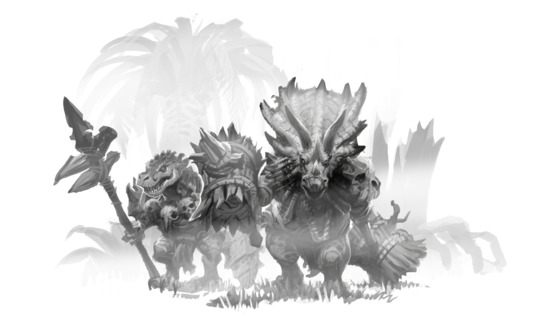