In case you did not get the memo with our earlier article about Batman: Arkham Origins’ DRM, GFWL is going down. And a couple of hours ago, Microsoft itself revealed that the service will be discontinued on July 1st, 2014. This information was shared on Age of Empires Online support page, however Microsoft was quick to react and re-edited that page. However, Reddit’s user ‘recawn’ has been able to capture the previous page that contained Microsoft’s message about GFWL.

As the message reads:

Our guess is that Microsoft re-edited the page in order to provide a more official statement about GFWL and its future.

For what is worth, a number of games will be jumping from GFWL to Steamworks. Bioshock 2, Batman: Arkham City and Batman: Arkham Asylum are three confirmed titles that will get Steamworks support in the near future. 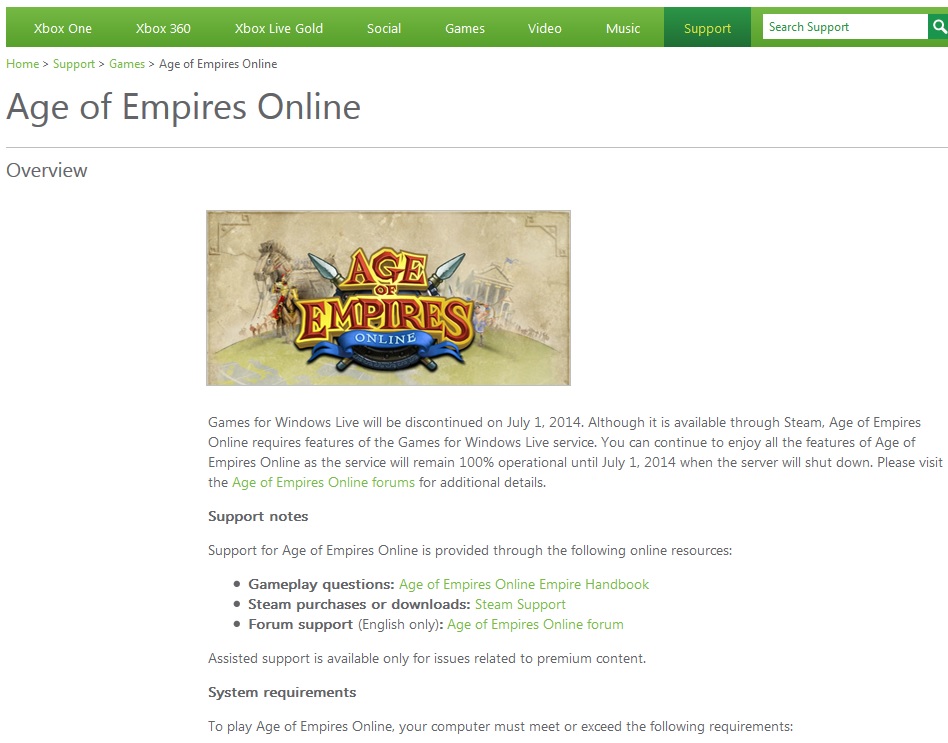