Well, it’s been a while since the last legal fight between two game companies. Gamebox has just informed us about a formal charge that has been submitted to the court in late April, accusing Wargaming, the developer of World of Tanks of illicit competition and slander.

According to Gamebox, its 3D tank fighting webgame, Project Tank, has recently suffered from frequent false accusations and due to those accusations, the game was removed from Facebook in early April. Wargaming also claimed that Project Tank violated World of Tanks’ media rights, harming Gamebox’s reputation.

Gamebox stated that the accusation of Project Tank by Wargaming has two major aims—gameplay and game image.

“TPS, the gameplay style of WoT, allows players to control their characters and fight in different teams. Before WoT, there were other games that used this style, such as Battlefield 1942. If PT’s gameplay really has violated any rights, does that mean Wargaming has also committed such a violation itself?”

That’s what Gamebox believes was the cause behind Wargaming’s first accusation, though Wargaming may be referring to the whole concept of the game and not to its viewpoint. Still, even if Gamebox simply ‘copied’ its entire gameplay mechanics, we feel that Wargaming cannot accuse for anything. Did Epic Games accuse anyone for ‘copying’ Gears of War’s cover system? Did Infinity Ward accuse anyone for ‘copying’ Call of Duty’s gameplay mechanics? To put it simple; it feels like a really weird accusation.

As for the second accusation, Gamebox had this to say:

“Wargaming believes the tanks in PT are copied from those in WoT, while the truth is that historically classic battle tanks are unchangeable facts. They do not enjoy any intellectual property rights. The designers of Project Tank have done nothing but rebuild classic tanks that actually existed in history. “

Naturally, we’d love to hear Wargaming’s side on this whole thing. After all, a story has usually two sides so it will be best to hear and what the other side has to say. Hopefully we’ll have a comment (or a statement) about it in the coming days. 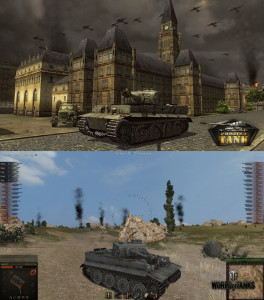 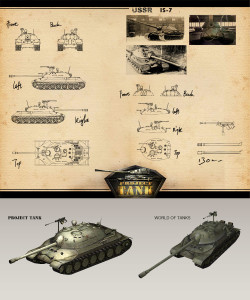 Wargaming has replied on our request for a comment, and here is the the company’s official statement:

“When Wargaming learned of Project Tank, we were stunned to learn that Gamease specifically copied our copyrighted World of Tanks® game and content therein.  Wargaming has spent immense amounts of time and effort to create an exceptional game for our users, and we will defend our games when others infringe our intellectual property.  Contrary to Gamease’s baseless accusations, Wargaming has not used any “connection” or done anything “underhanded.”  Quite the contrary, Wargaming has followed the letter of the law in the United States—the Digital Millennium Copyright Act, to be exact—by requesting that Project Tank be removed, and Wargaming will continue to protect its intellectual property as allowed by law.  We suggest that Gamease stop its pattern of copying other’s games, and develop its own original ideas to broaden the base of games available to users worldwide, as we do.”