The multiple-prize winning space simulation Galaxy on Fire 2 with a Metacritic dream score of 90 is being released in full-HD quality for Windows PC in mid August 2012, and for the first time also with a German language edition. The flagship of the Hamburg studio Fishlabs Entertainment is currently available for iPhone, iPad, iPod touch, and Mac, as well as certain Android devices (Xperia Play and Tegra2-Chipsets). Altogether, titles in the Galaxy on Fire series have already been installed on more than 20 million mobile devices. With the cooperation of bitComposer Entertainment AG, Galaxy on Fire 2 Full HD will be released as a Steam download and as a boxed game in shops.

“The PC release of Galaxy on Fire 2 Full HD is a very special occasion for us. Many members of our team played timeless SciFi classics on the PC as teenagers, and for this reason we are extremely thrilled to make our flagship on iOS and Android available on this platform. With bitComposer at our side, we have a very competent and experienced partner on board for our equally exciting and ambitious entry to the PC market. We hope that all the PC gamers out there are eager to take on the role of Keith T. Maxwell and use their gamepads, mice, and keyboards to really set the galaxy on fire.”

In Galaxy on Fire 2 Full HD, the player can expect not only a living universe with more than 20 star systems, 100 space stations, and 30 space ships with individual equipment and weapons, but also an enthralling story, presented in the PC version for the first time with full audio not only in English, but also in German. In the course of the epic storyline, the player takes on the role of mercenary Keith T. Maxwell, who finds himself in a war torn universe, which is dominated by four different factions – the Terrans, the Mido, the Nivellians, and the Vossk. A malfunction of his ship’s hyperdrive catapulted Keith T. Maxwell through space and time. He woke up 35 years later at the other end of the galaxy, and quickly noticed that quite a few things had happened in his absence.

An aggressive and especially treacherous alien race known as the Void have taken to using advanced worm hole technologies for lightning fast raids on cargo ships and trade convoys of all kinds, thus threatening the fragile peace between the factions. Now it is up to Keith T. Maxwell to protect the entire universe from descending into chaos. In addition to story-based assignments and missions, the player can undertake countless freelance missions in order to amass achievements. Altogether, players can collect 36 achievements at the bronze, silver, and gold levels, which are then visible on Steam after the obligatory Steam-activation for the box version.

-Travel through a giant universe with more than 20 star systems and countless planets.
-Discover more than 100 unique space stations and more than 30 customizable spaceships.
-Play the way you like and choose between story-driven, mission-based and sandbox gameplay.
-Wage war on or form alliances with the different fractions and alien races of the universe.
-Use the complex trading system with more than 170 different goods to your advantage.
-Experience a space simulation in a class of its own with breathtaking graphics in Full HD and atmospheric background music. 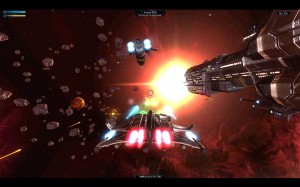 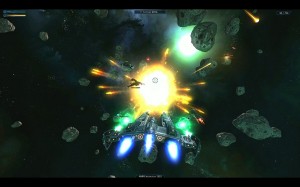 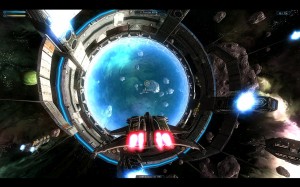 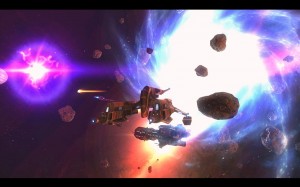 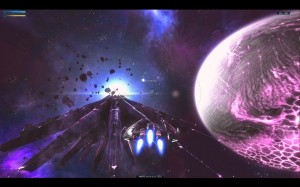