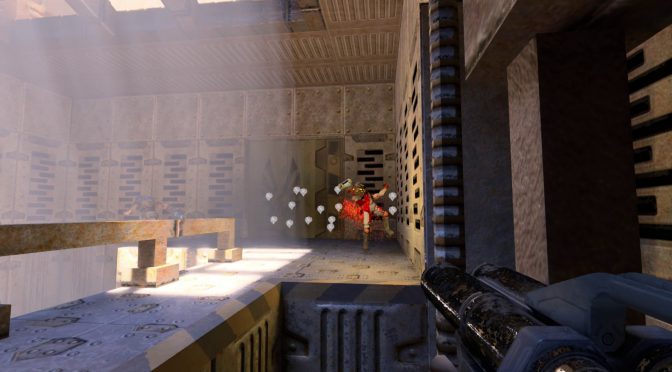 Quake 2 RTX showcases what a fully ray/path traced game can look like. And today, we are happy to report that the game is available for free on GOG for a limited time.

For a limited time, you can acquire a free copy of Quake 2 RTX on GOG. Since this is a GOG release, the game does not also feature any DRM.

There is really nothing more to say. Quake 2 RTX looks glorious, even though its original version came out more than 20 years ago.

NVIDIA has updated the game’s materials so they can work with ray tracing. In addition, it implemented a full path traced renderer, and the game also supports DLSS.

It’s also worth noting that Quake 2 RTX can now run on both AMD and NVIDIA GPUs. After all, Update 1.5 added support for the new Vulkan extension. That patch also improved overall performance.

Since Quake Remastered has just come out, let’s hope that NVIDIA will overhaul it with a Ray Tracing Patch.