Electronic Arts has revealed the full list of cars that will be available in Need for Speed Payback. According to the publisher, there will be 74 cars in total. Among them, players will find Subaru Impreza WRX STI, Mitsubishi Lancer Evolution IX and Ford Focus RS.

Since this is a NFS title, players can also expect some exotic cars such as Lamborghini Diablo SV, Lamborghini Murciélago LP 670-4 SV and Pagani Huayra BC. Naturally, the game will also offer racing cars like NISSAN Skyline GT-R, Mazda RX-7 Spirit R and Honda Civic Type-R 2000.

Need for Speed Payback releases on November 10th, and you can view its full list of cars below. 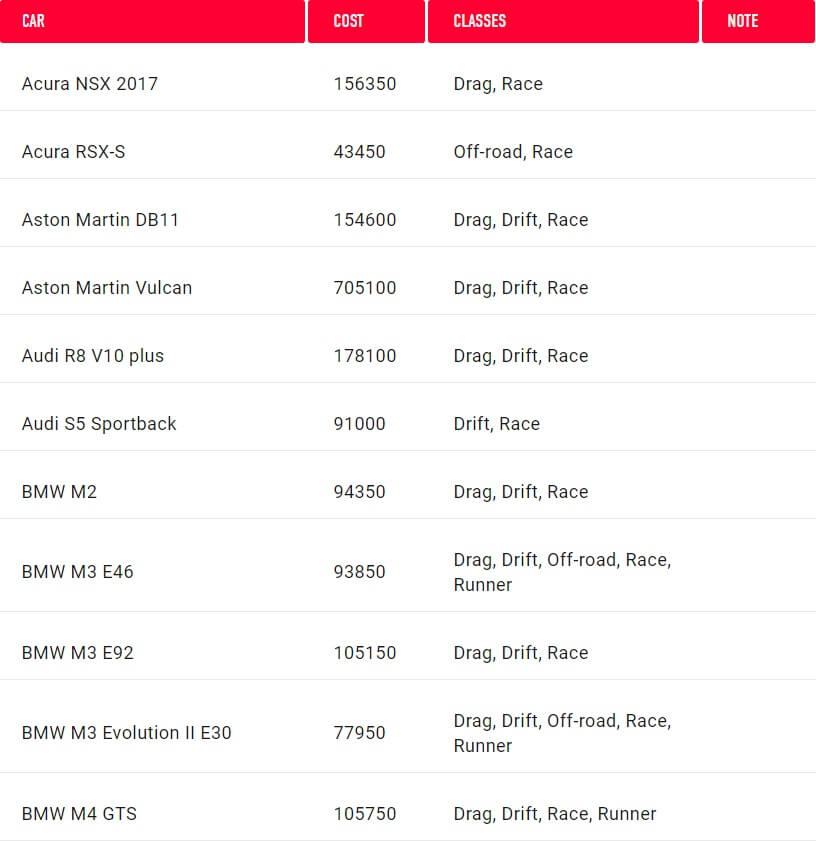 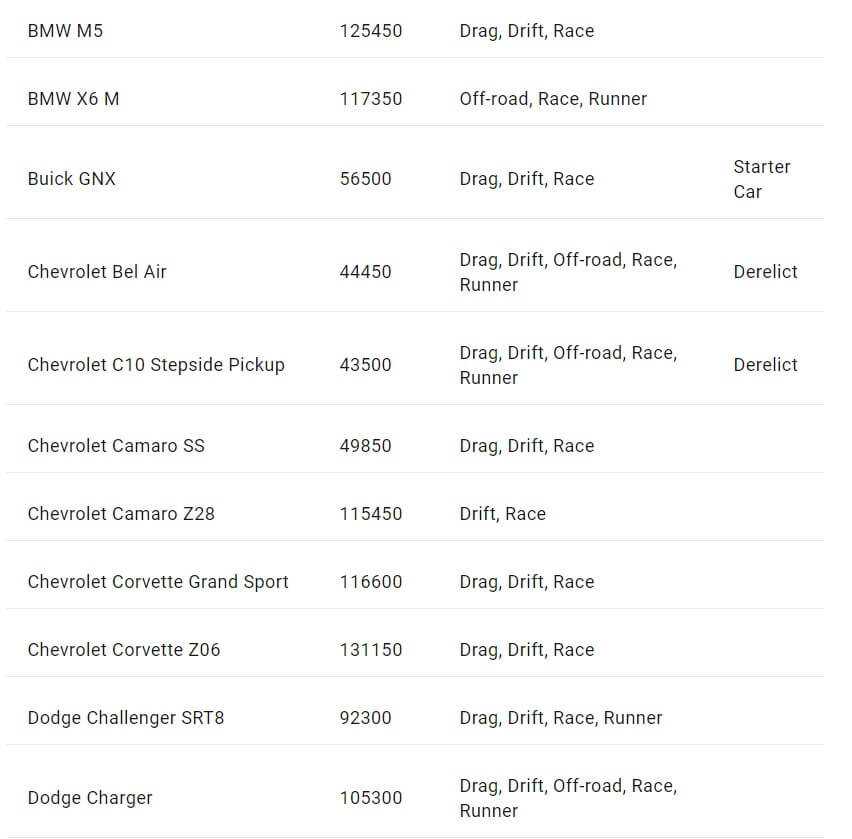 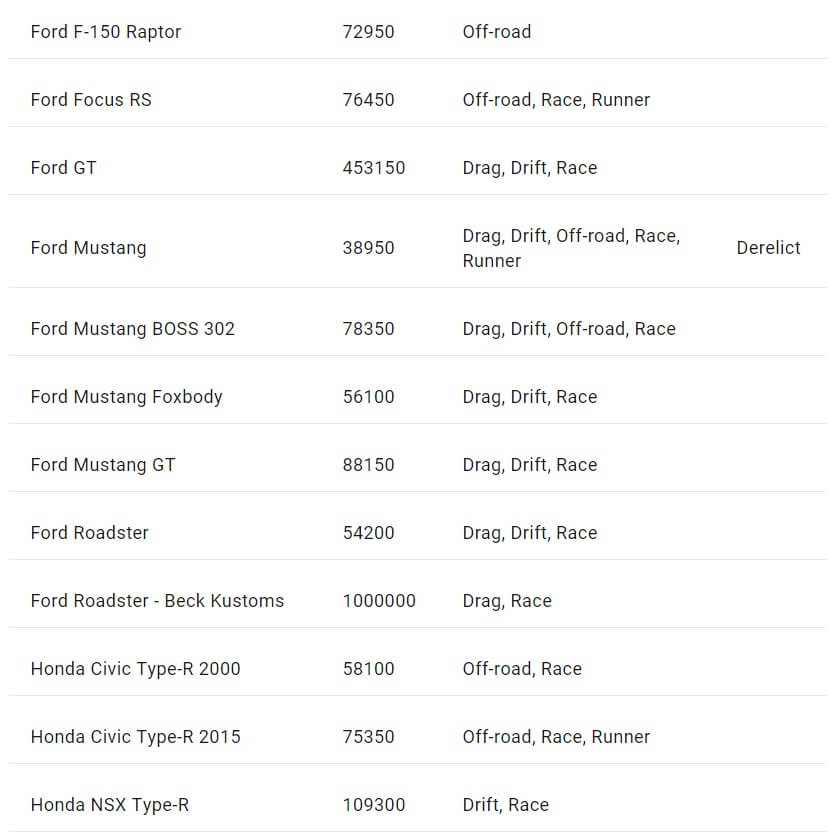 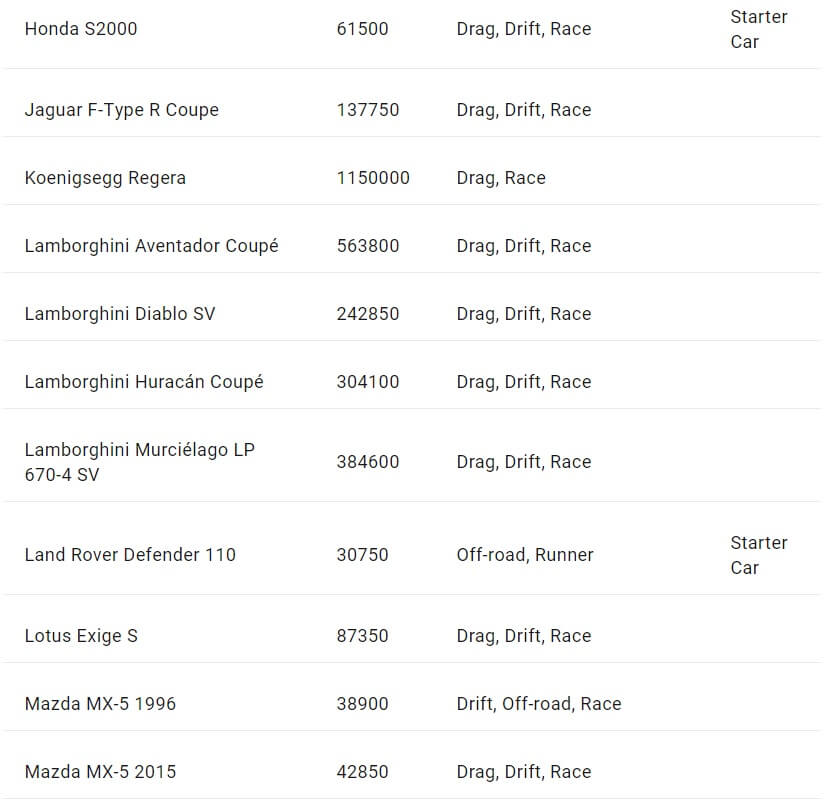 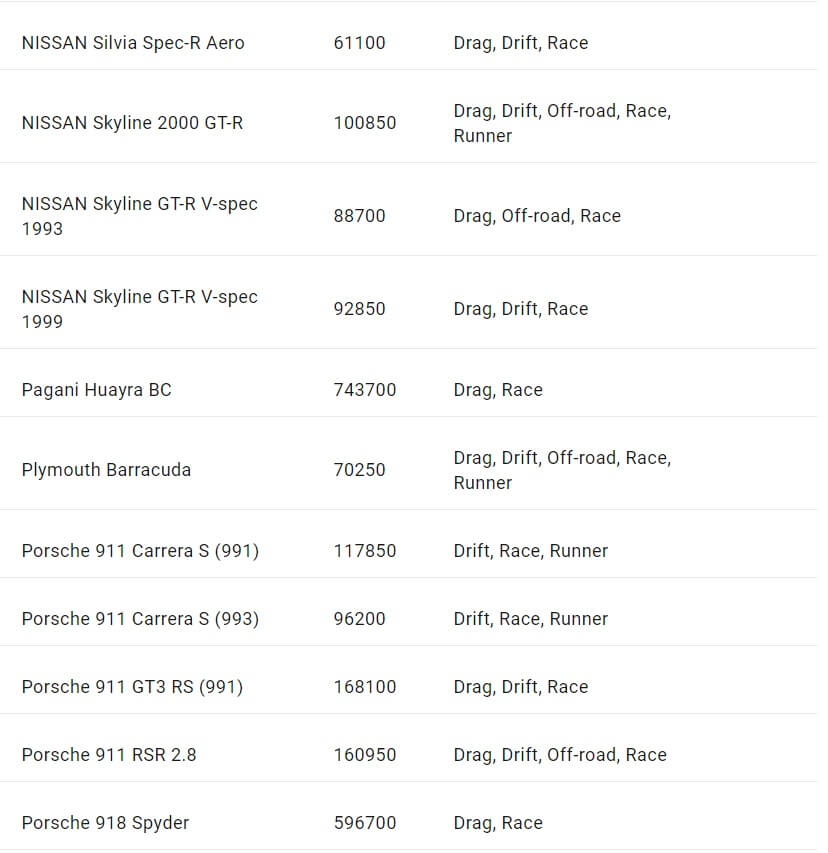 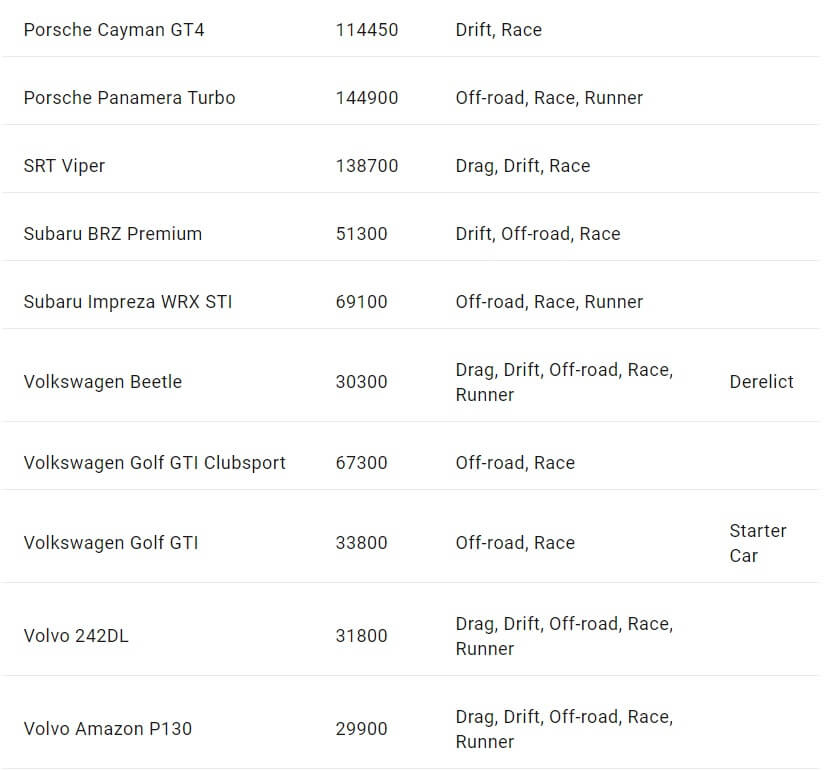