Frogwares’ Lovecrafian open world action investigation game, The Sinking City, was originally meant to hit stores on March 21st. However, and according to Amazon, the game has been delayed until May 24th. 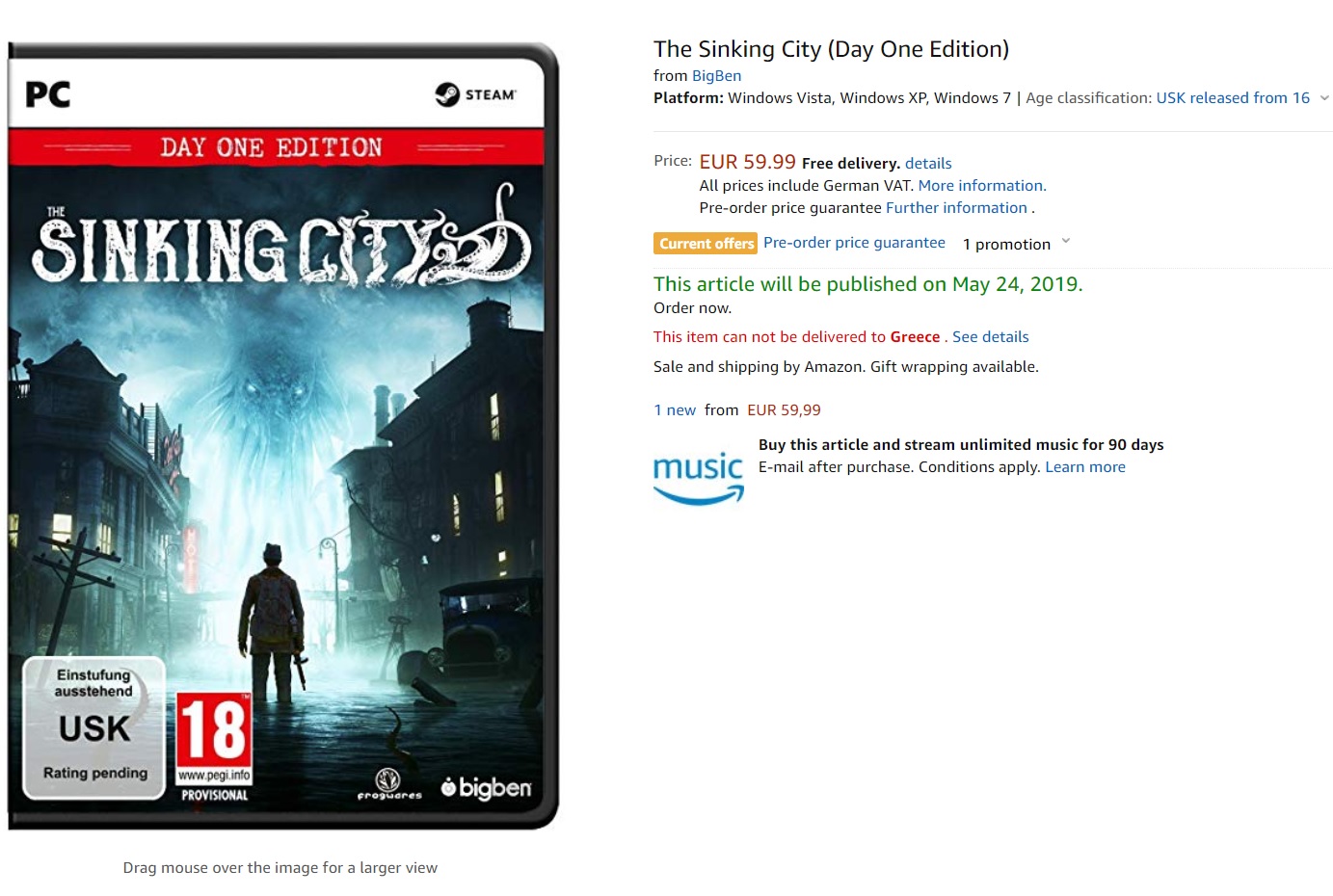 Frogwares has not confirmed yet this delay, however, I’m pretty sure we’ll hear more about it this upcoming week. And since we haven’t heard anything about this title yet, I’m pretty sure that the game has been indeed delayed (I mean Frogwares has not released any new trailer or screenshots for the game one month prior to its release). My guess is that the team will confirm – or deny – this rumour soon so stay tuned for more.

In The Sinking City, players will assume the role of Charles W. Reed who is a private investigator in New England in the 1920s. Tortured by his past and otherworldly visions, he finds himself in Oakmont, Massachusetts, seeking salvation from the creeping insanity that afflicts him.

Frogwares has created several types of lighting depending on the Time of Day.These lighting types will change dynamically and accordance to the day-night cycle that Frogwares has implemented. Thanks to its new weather system, the game will feature Sunny, Cloudy, Foggy and Stormly mornings/afternoons/nights. The developers are also using the lighting system to tell a story in a symbolic way, as well as to build tension and surprise the players.