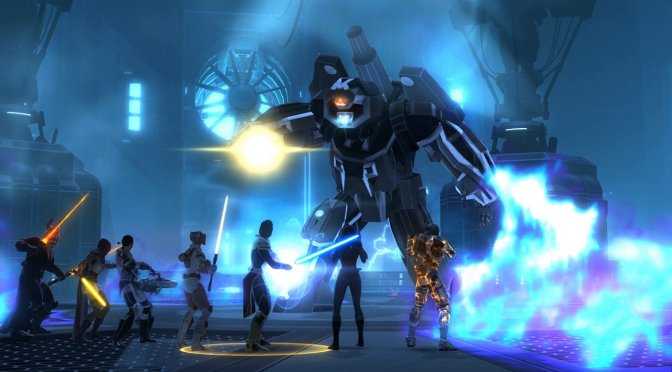 Electronic Arts has just released its free to play Star Wars game, Star Wars: The Old Republic, on Steam. Players can go ahead and download for free this massively multiplayer role-playing game that puts you at the center of your own story-driven STAR WARS saga.

Players can assume the role of a Jedi, a Sith, a Bounty Hunter, or one of many other iconic Star Wars roles. Furthermore, players will explore the galaxy far, far away over three thousand years before the classic films.

“Make meaningful choices throughout your journey and become the hero of your personal STAR WARS saga. The game includes an interactive storyline with cinematic dialogue and full voiceover for all in-game characters.”

Players can gather their allies to face challenging encounters against enemy bosses in Flashpoints and Operations. Additionally, they can battle against other players in Player vs. Player Warzones, Arenas, or Galactic Starfighter missions.

You can download and start playing Star War: The Old Republic by visiting its Steam store page.