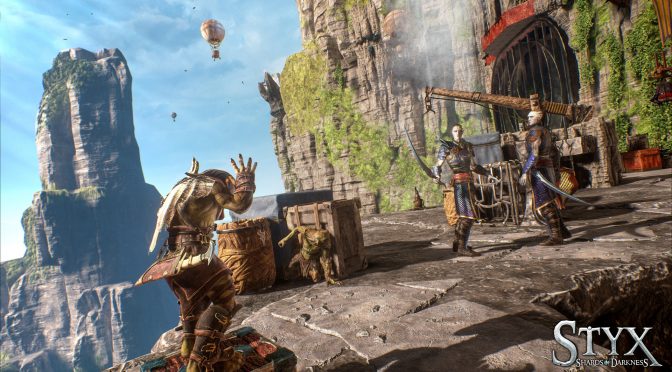 Focus Home Interactive has released a free demo for Cyanide’s latest stealth game, Styx: Shards of Darkness. According to the press release, this demo allows you to sneak around on the tutorial level of the game.

In this tutorial area players will help Styx hide, sneak, assassinate and steal the pays of the local guards, while getting a very first taste of the praised level design of game, new upgraded acrobatics, new gadgets and tools, and Styx’ trademark attitude.

Players can upgrade to the full game during or at the end of the demo to continue their adventure. The Steam version allows players to keep the saves made during this demo, to use them after their purchase the full game on Steam.

In order to celebrate the release of this free demo, Styx: Shards of Darkness will be available at 40% off until Monday, June 12th!