SuperData Arcade has shared its monthly report, claiming that Fortnite has broken another record by generating $296 million in April across all platforms. Epic’s free to play game generated $223 million in March, therefore it will be interesting to see whether it will hit $300 million in May.

As SuperData noted, Grand Theft Auto V is finally showing its age. GTA V Online revenue declined 9% year-over-year, ending an impressive streak of 12 consecutive months with year-over-year growth. GTA V Online has declined sequentially every month since the start of the year, likely in part due to the continued rise of Fortnite as well as a dearth of significant content updates from Rockstar.

In other news, consumers spent $9.09 billion on digital games across all platforms in April, up from $7.42 billion in the prior year. The biggest growth drivers came from Console spend and Mobile. This more than offset relatively flat growth rates on Premium PC, Pay-to-Play PC, Free-to-Play PC and Social.

Last but not least, you can find below the world’s most popular digital games across PC, console and mobile for April 2018. 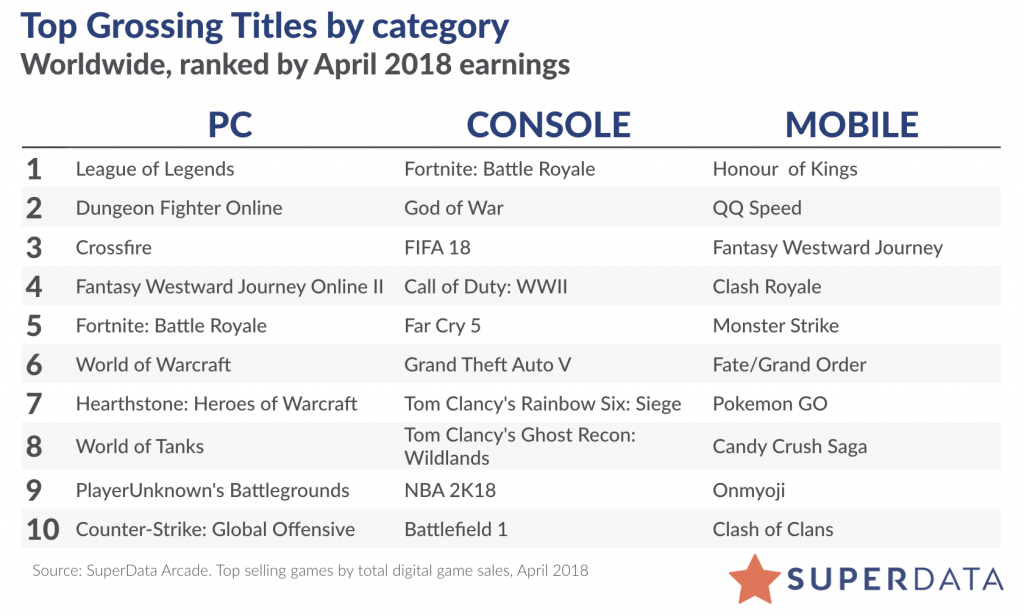