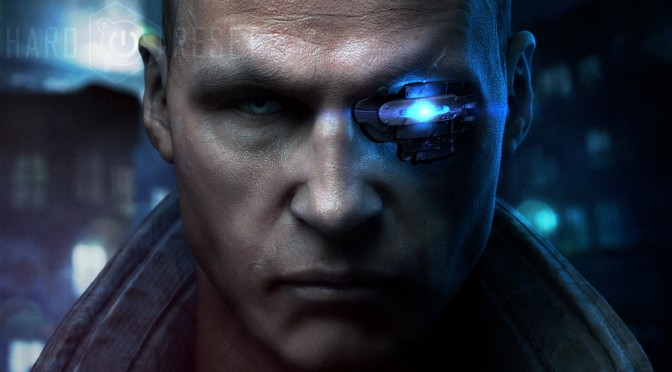 Hard Reset Redux has just been released on current-gen consoles and PC, and a lot of PC gamers accused Flying Wild Hog of downgrading the game’s visuals. Flying Wild Hog responded to those accusations, claiming that that loads of things have changed in-engine, which is why there are minor differences between the Original and the Redux versions of Hard Reset.

But let’s take things from the beginning. The first complaint regarding Hard Reset Redux comes from the different implementations of ambient occlusion. Some gamers spotted differences between them, and Flying Wild Hog explained what is currently going on with AO in Hard Reset Redux.

“We replaced baked ambient occlusion with dynamic one (SSAO). So it’s different now and was_not_removed.”

“Lol – the game runs on the second iteration of our RoadHog in which we don’t use pre-baked AO,
Instead we have SSAO. Also it’s optimized differently so this is why you have almost 2x more frames. Loads of things have changed in-engine since Hard Reset’s release in 2011.”

Some gamers also complained about the quality of textures, based on a comparison video by Candyland. However, the problem here is that Candyland used FXAA in Hard Reset Redux. As we all know, FXAA blurs the whole image, something that could explain the additional blurriness found in the Redux version. As always, we strongly suggest avoiding that AA option, especially if you want crisp visuals.

Moreover, Flying Wild Hog claimed that it has removed the sharpening filter that was present in the Original version of Hard Reset.

“Textures and Post Process: As with the Occlusion system, we have changed the post-processing filters we used in the original Hard Reset. Redux does not use the same Image Sharpen Post Process which was used in the original H.R. This change was made to decrease aliasing, which cause flickering during camera motion. Because of this the game can at times look worse during static screens, but it looks better in motion. Hard Reset Redux is a game where players will constantly be moving and shooting; so this change was made to improve the overall visual experience that the game delivers during gameplay.”

Last but not least, gamers complained about some missing lighting effects in this particular scene. Flying Wild Hog claimed that it is currently investigating this issue, however it appears that this bug occurs only during the game’s “Survival” mode.

Reddit’s member ‘Fructdw’ shared two images from Hard Reset Redux, one from the Campaign (left) and one from the Survival mode (right). As we can see, the Campaign screenshot packs the same lighting effects that can be found in the Original version of Hard Reset.