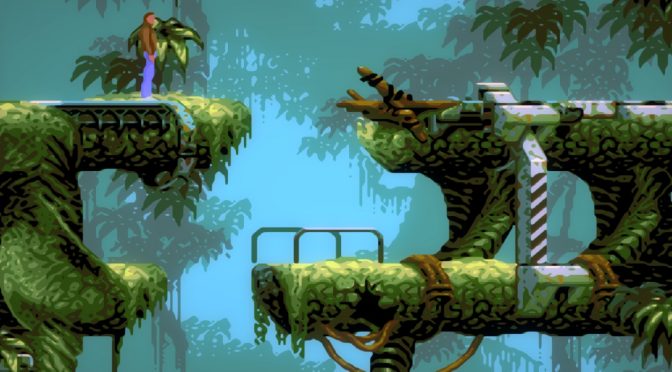 Flashback was one of the first games to use motion capture technology for more realistic animations, with backgrounds that were entirely hand-drawn and a gripping science-fiction storyline.

Its remastered version comes with post-FX graphic filters, completely remastered sound and music, a brand new “Rewind” function, variable according to the level of difficulty as well as tutorials for those who need a boost.