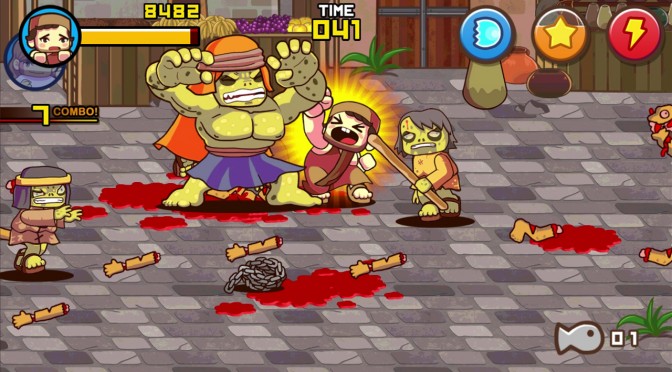 Mutant Games has announced that Fist of Jesus, a hilarious gore beat’em up classic style arcade game with RPG depth, will be released today.

Fist of Jesus tells the adventures of Jesus and Judas, where the world is now full of Zombies caused by Lazarus’ resurrection. Cowboys, the Roman Army, Mythological Creatures and Steampunk technology in the 80’s style, all packed with lots of fun.