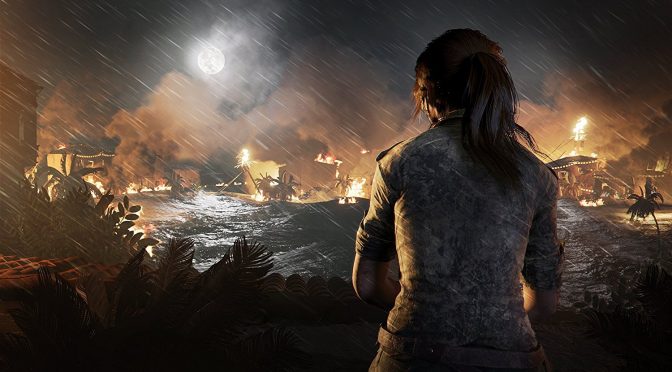 Man, everything about the new Tomb Raider game has been leaked prior to its official reveal. Earlier today we got the first screenshots and cinematic trailer, and below you can find the first details that were revealed by a Spanish magazine.

According to the article, Jonah will return in Shadow of the Tomb Raider and will try to lead Lara on the right path by advising Lara to save people. The game will feature numerous puzzles, however they will not be more complex than what was featured in the previous games. Instead, they are meant to be more epic, terrifying and deadly.

The game is being developed by EIDOS Montreal and Crystal Dynamics and more games are planned after this third part in the new Tomb Raider trilogy. However, classic Lara will not
return. Instead, these new games will feature independent adventures of the Lara we have now.

Shadow of the Tomb Raider promises to feature the best action scenes of the whole trilogy, as well as weapons that will be focused on stealth. The mainvillain of the game will be Doctor Dominguez and the game begins in Cozumel (Mexico) where Trinity and Lara look for an ancestral key.

The game will last around 13-15 hours (without the side missions) and the hunting and the equipment will be more important this time around. The main tombs will be very important, will be “more classic,” and will be deadlier than before.

Players won’t be able to drive vehicles but they will be able to swim and dive. Players can also use their rope to go up and down walls, run through them, and perform longer jumps.

In Shadow of the Tomb Raider, Lara must master a deadly jungle, overcome terrifying tombs, and persevere through her darkest hour. As she races to save the world from a Maya apocalypse, Lara will be forged into the Tomb Raider she is destined to be.

Kudos to our reader ‘OmnA’ for sharing these details!