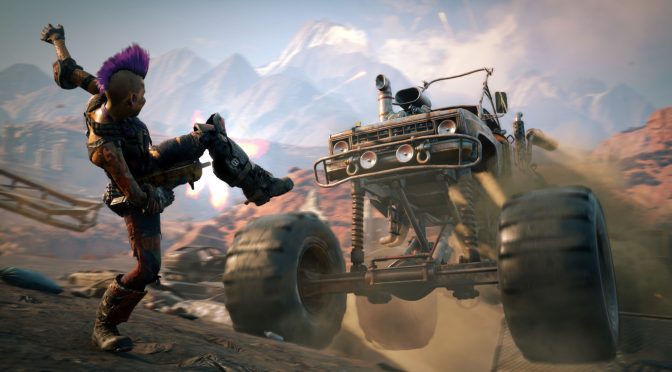 Bethesda has released the first major update for RAGE 2. This patch will update your game’s version to 1.03, is 8GB in size,  new features, fixes, as well as optimizations. Going into more details, this patch makes Bandit Camps replayable, adds new Voice Packs, and brings menu optimization improvements to address some slowdown issues.

Furthermore, this first patch improves sharpness on high-res screens to reduce “blurriness”, fixes an issue where PC players could not access friends, statistics, or the store, fixes a crash that occurred when the player hovered their mouse over a location icon in the map, and fixes an issue where the title crashed when launching the game using minimum spec hardware.

It’s also worth noting that this update brings a number of UI fixes and tweaks, some audio and localization improvements, as well as numerous gameplay fixes. For instance, it fixes an issue where Photo Mode options were missing upon reentering the mode, fixes an issue where sometimes the player is unable to finish “Yeoman Growery” location due to the fact that not all enemies spawn, and improves the camera viewpoint by no longer making it shake violently when grabbing on to tall ledges.