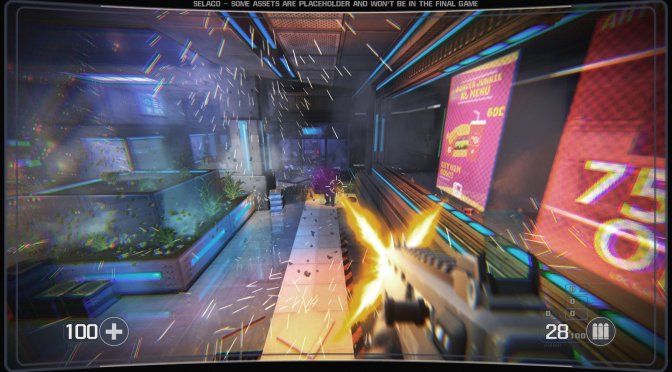 Altered Orbit Studios has released an overhauled demo for its upcoming FEAR/Doom-inspired first-person retro shooter, Selaco. Among other things, this new demo adds support for gamepads and Steam Deck, and significantly improves performance.

This new demo features a new gore system and significant Quality of Life improvements. Moreover, it adds multi-threaded asset loading to combat stutters and improve gameplay smoothness. Not only that, but it improves the AI and packs over a hundred of bug fixes.

Going into more tech details, in this new demo the expensive alpha effects are no longer rendered inside reflections. The team has also rewritten heaps of logic code, and reduced CPU load for individual smoke effects. Additionally, this new demo drastically improves loading times when entering a new level. It also migrates most effects to its own Particle System for improved performance.

In short, this demo will run noticeably better than the previous one (which is obviously great news). Yes, this is a 2D game using the GZDoom Engine. Nevertheless, it’s great witnessing these optimization improvements.

You can download this new demo for Selaco from its Steam store page.