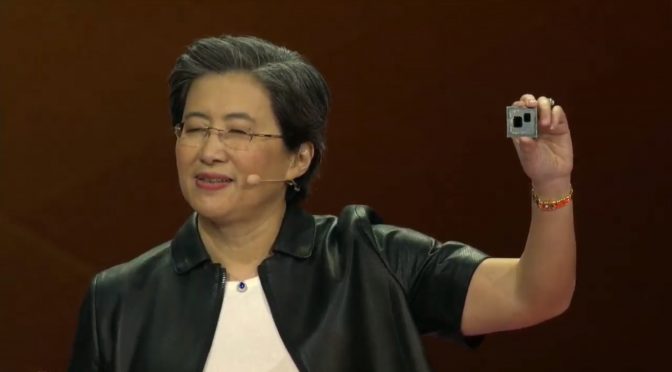 AMD has just released the first official gaming benchmarks for the AMD Ryzen 9 3900X. AMD has put its new CPU against the Intel i9 9900K and from what we can see, AMD’s new CPU is as fast as Intel’s offering at 1080p. 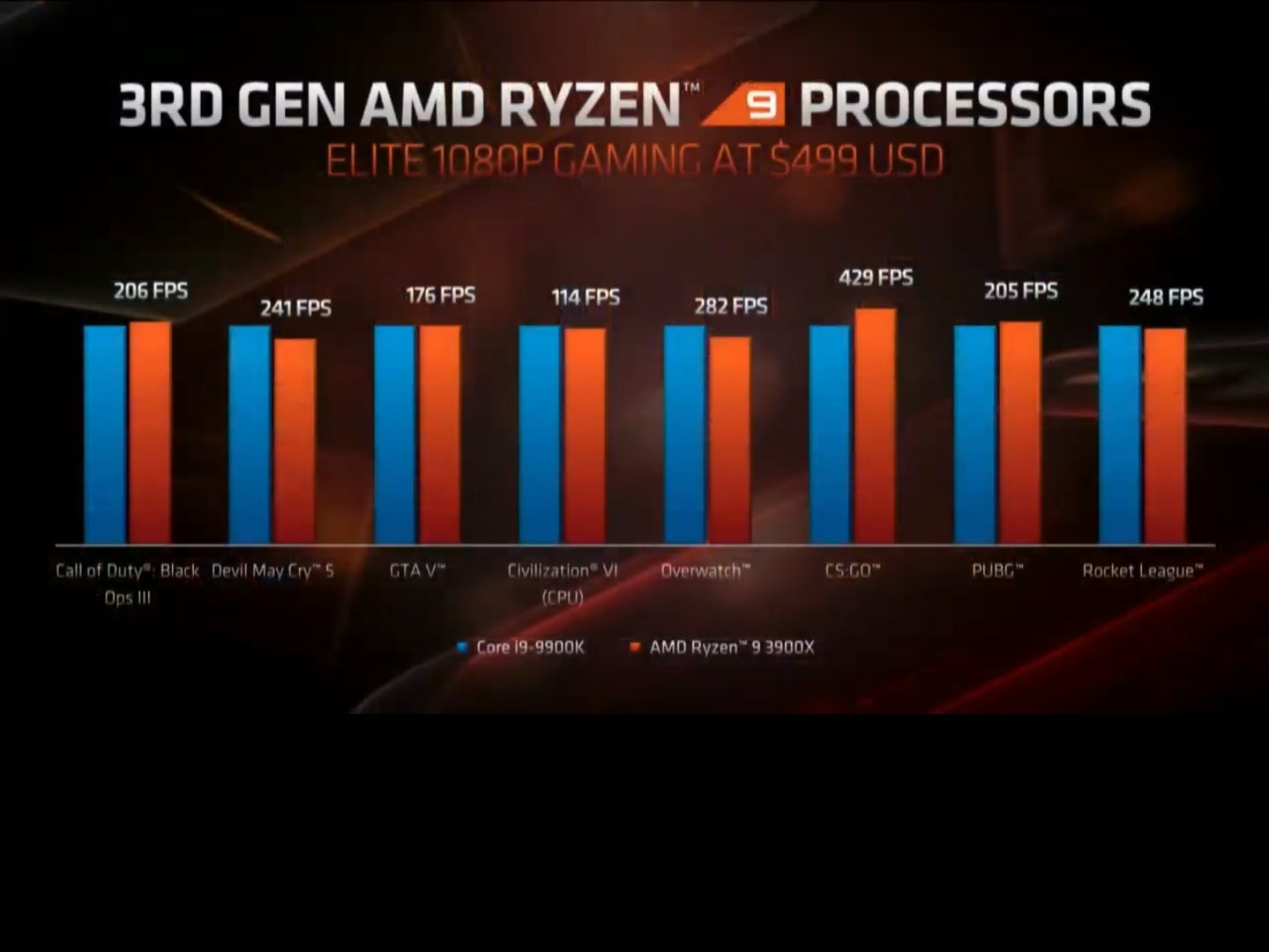 AMD has also shared some official gaming benchmarks for the AMD Ryzen 7 3800X and the AMD Ryzen 5 3600X. The red team compared the first CPU with Intel’s i7 9700K and the second CPU with the Intel i5 9600K. Again, AMD’s CPUs appear to be doing great on gaming and the gap between Intel’s and AMD’s CPUs is pretty minimal at this point. 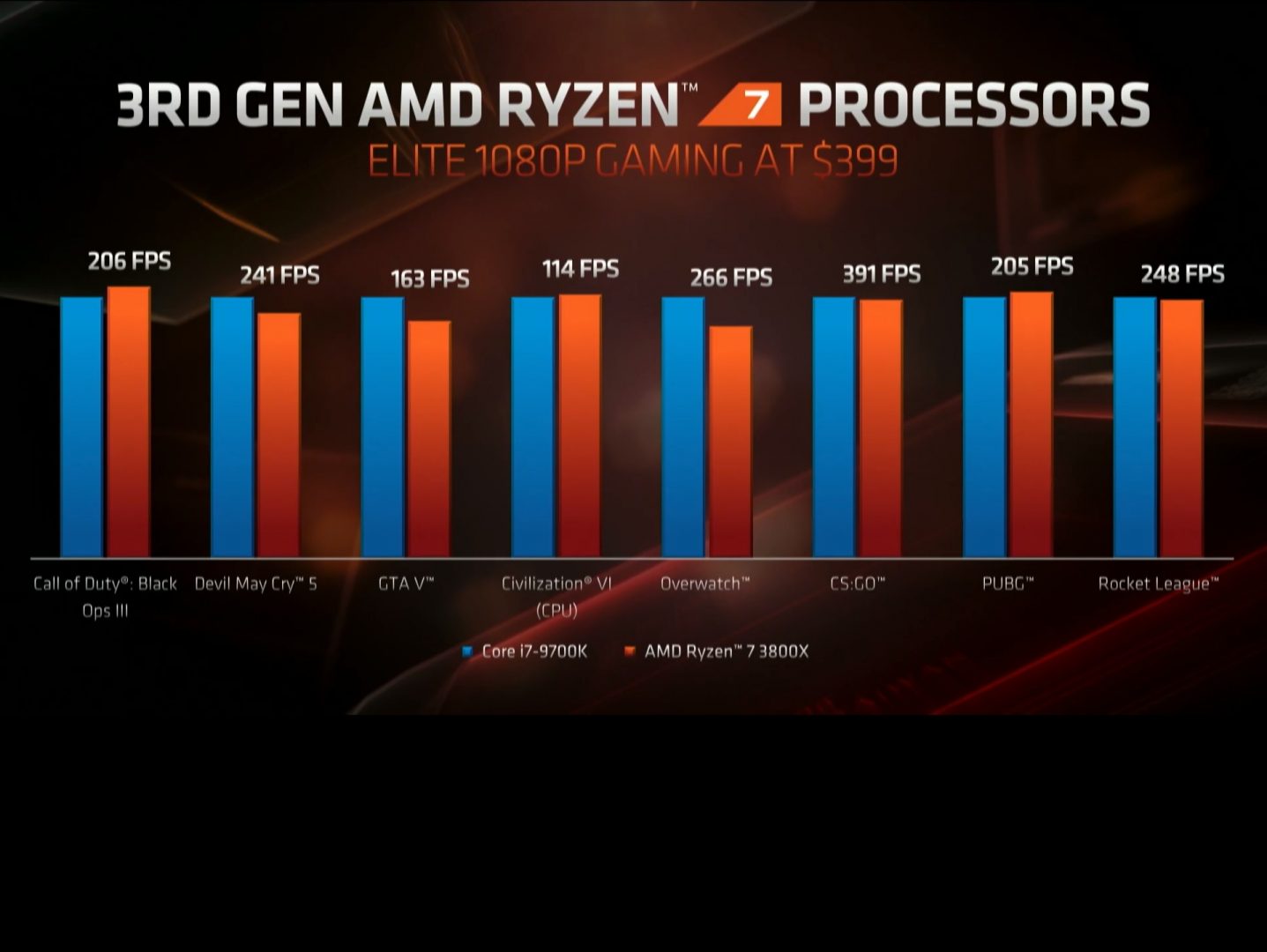 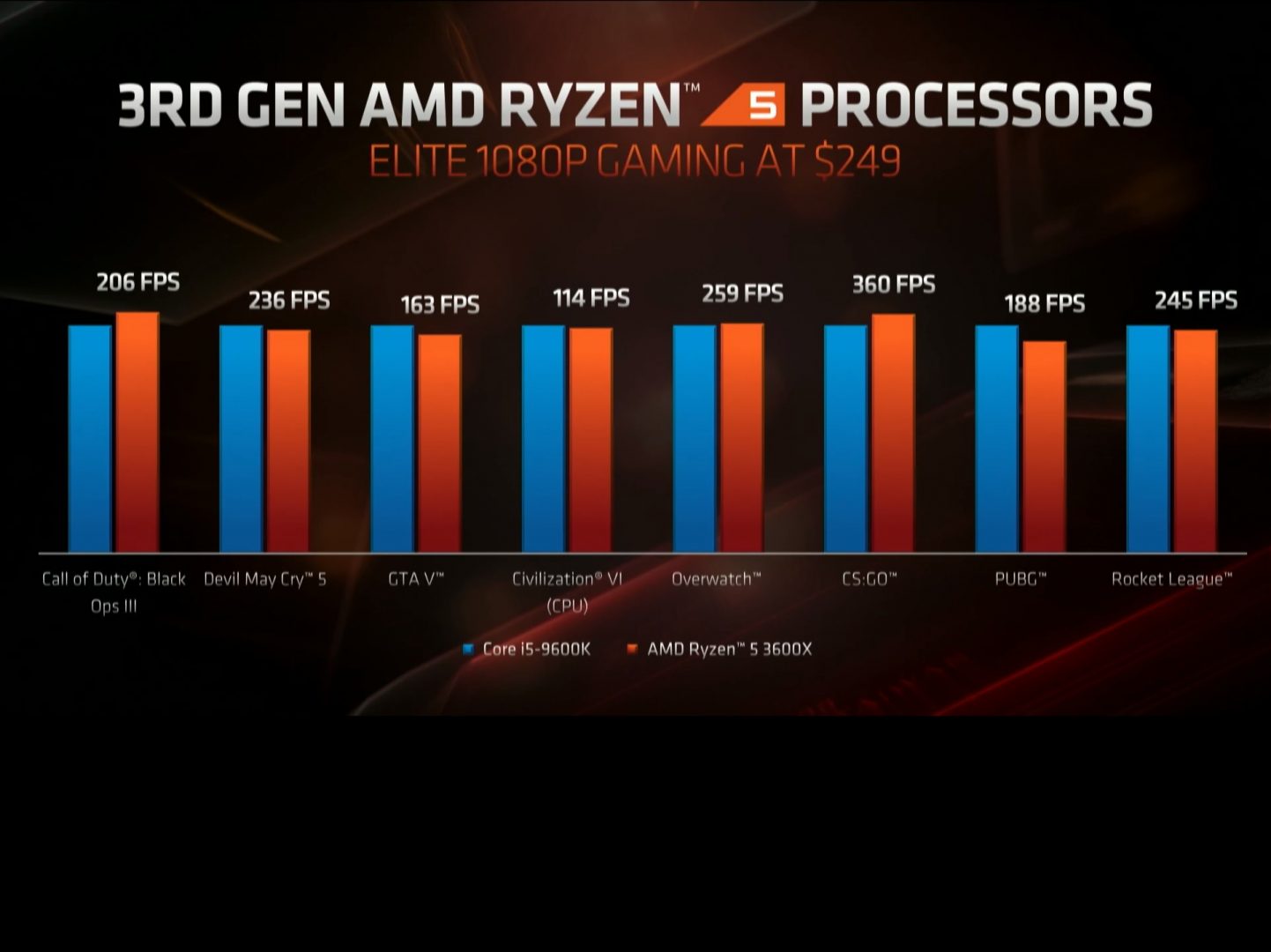 AMD will release its 3rd generation Ryzen CPUs on July 7th. The AMD Ryzen 3800X (which will target most gamers) will be priced at $399, will feature 8 CPU cores, will support 16 threads, will be clocked at 3.9Ghz with a turbo-boost of 4.5Ghz, and will require 105W of power.