FidelityFX is meant to be a post-processing effect that will improve the sharpness of various surfaces. This may sound similar to an Image Sharpening filter, however games will need to natively support this feature otherwise it will not work. Still, for games that do not support FidelityFX, AMD will add a general Image Sharpening filter that can be enabled for every game.

AMD has also announced Anti-Lag. Anti-Lag basically reduces the input lag, something that will benefit those playing competitive games. The red team provided a graph in which it claims that the response input latency can be decreased by around 33% in APEX Legends and 35% in Fortnite. 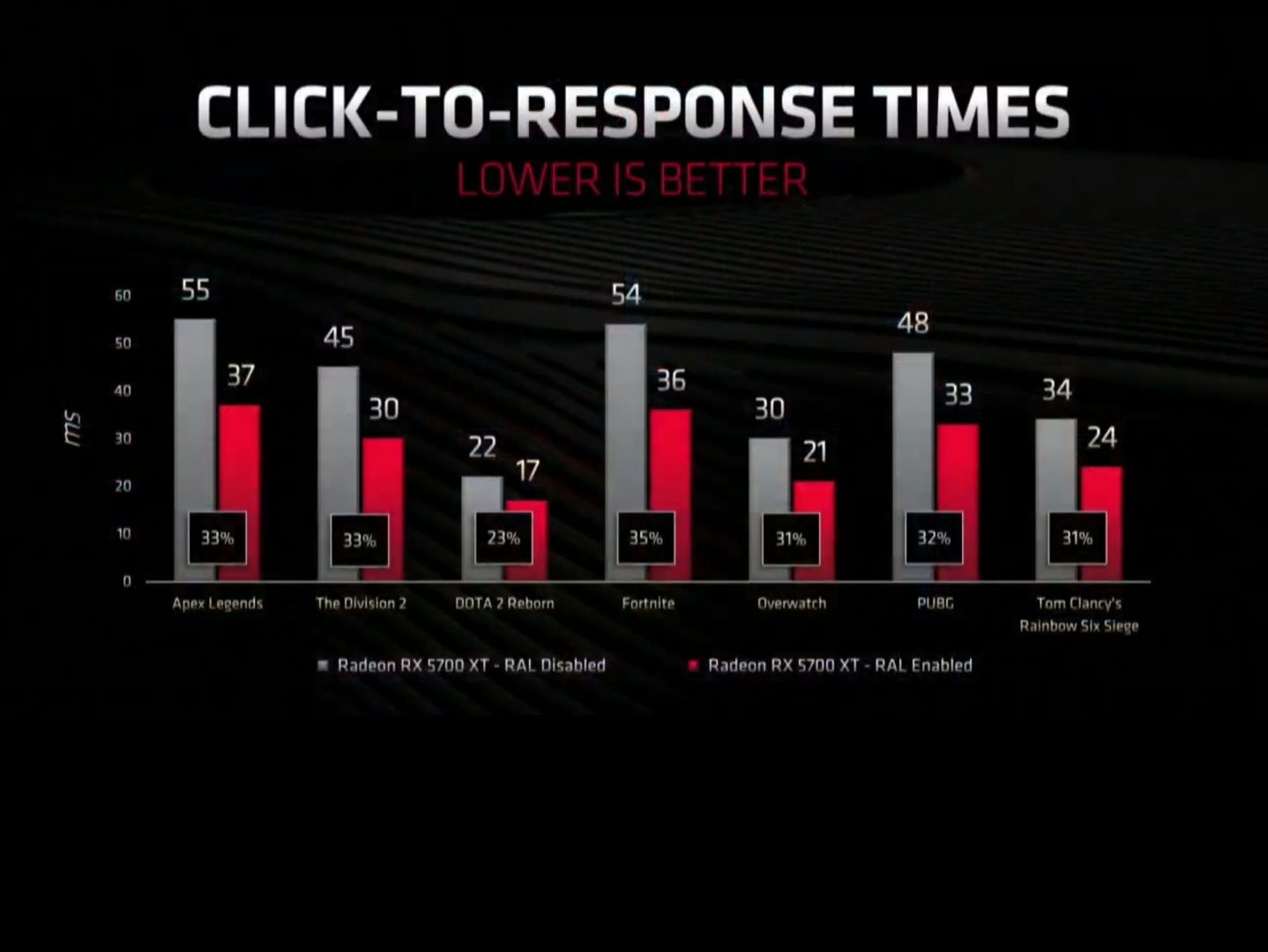