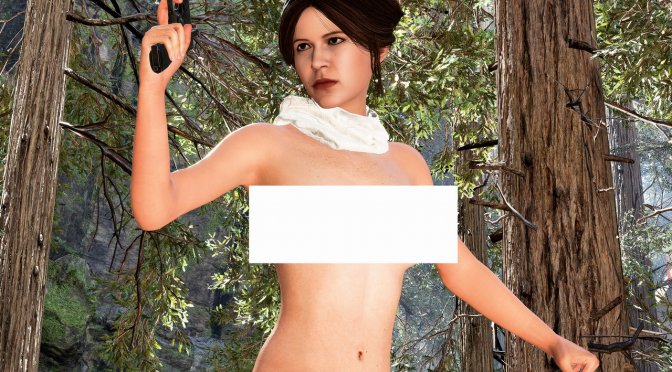 Star Wars: Battlefront 2 came out in 2017 and the first fully nude mod for Leia has just appeared online. To be honest, I was expecting this to come out within the first months of the game’s release. However, modders had initially a lot of trouble with Battlefront 2. As such, and after almost two whole years, the first nude mod is now available.

According to the modder, there are two versions of nude Leia: one which covers up the neckseam with a tasteful white flannel hood thingy and another that doesn’t. This mod features a lot of… ahem… details. I don’t expect anyone to get banned for using it, however we suggest avoiding it if you’re playing online.

It will be interesting to see when we’ll get a nude mod for Rey. Let’s not forget that the new Star Wars movie will come out in around two months. As such, a Rey nude mod is something that could interest a number of Star Wars fans. Or a Kylo Ren nude mod for all the female gamers out there.

As with most nude mods, we won’t allow any direct links to images or the mod itself. In order to find it, you’ll have to visit the Star Wars Battlefront 2 section of Nexusmods. You’ll then have to log in, enable the Adult content, and search for “Nude Leia”.