Intel has published the first gaming benchmarks for its new Intel Core i9 9900K processor, however it appears that these benchies are a bit misleading. These benchmarks were contacted by Principled Technologies and the games that were tested were: Total War: Warhammer 2, Far Cry 5, Assassin’s Creed: Origins, Civilization VI, Rainbow Six Siege, PUBG, Rise of the Tomb Raider, WoW: Battle for Azeroth, Fortnite, Forza Motorsport 7, Ashes of the Singularity and Counter Strike GO.

Principled Technologies used an NVIDIA GeForce GTX 1080 Ti with 16GB DDR4 memory (at either 2,666MHz or 2,933MHz), and with the Windows 10 1803 build on a Samsung 970 Pro SSD. These benchmarks were shared by PCGamesN, however Hardware Unboxed claimed that the results were in favour of Intel’s hardware and that the AMD Ryzen 7 2700X is actually faster.

In order to prove his point, Hardware Unboxed tested three games (Ashes of the Singularity, Assassin’s Creed Origins and Far Cry 5) via their benchmark tools, the same way that Principled Technologies did its tests for the games that had an built-in benchmark. And according to the results, the AMD Ryzen 7 2700X is noticeably faster than what Intel is claiming.

Hardware Unboxed concluded that the Intel Core i9 9900K will be faster than the Ryzen 7 2700X and the Intel Core i7 8700K, however the performance gap between them will not be as big as Intel claims in its official benchmarks.

Those interested can find below Intel’s benchmarks and Hardware Unboxed’s video that shows the higher results for AMD’s Ryzen 7 2700X CPU. 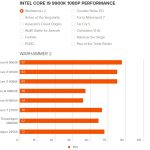 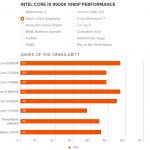 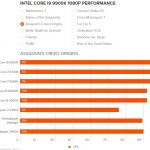 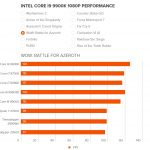 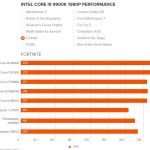 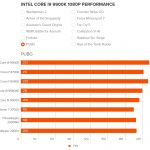 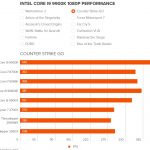 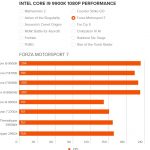 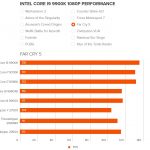 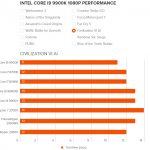 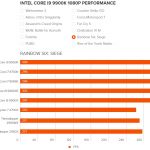 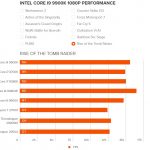