It appears that the first gaming benchmarks for the AMD Ryzen 5 3500X CPU have surfaced online. This is a budget CPU that will most likely be available somewhere between 100-200 US dollars.

According to the first gaming benchmarks, this budget CPU is as fast as the Intel Core i5-9400F. There is an extreme case in which AMD’s budget CPU is way faster than Intel’s counterpart, however, there are also some cases in which Intel’s CPU is slightly faster. 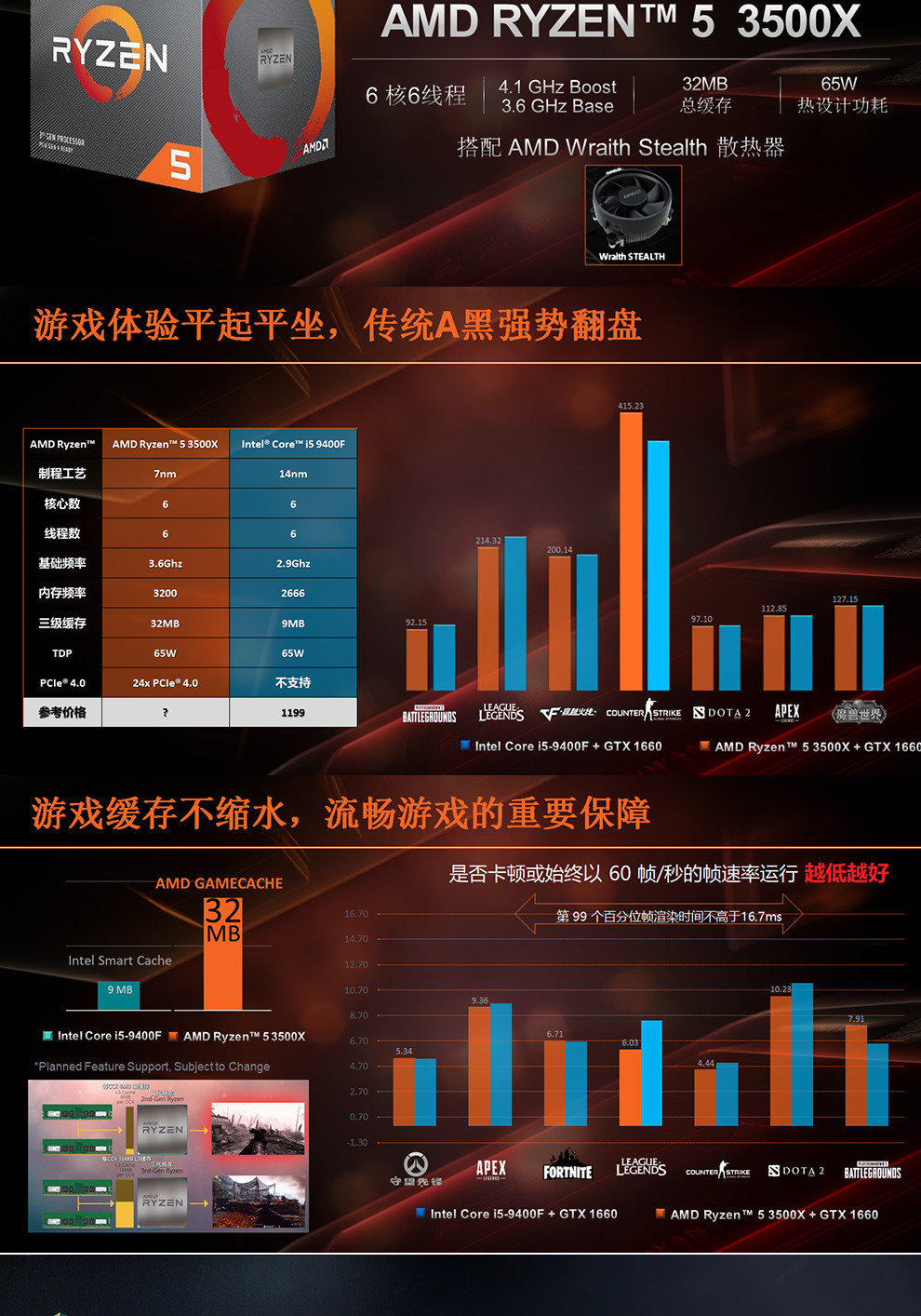 Going into more details, the AMD Ryzen 5 3500X blows away Intel’s offer in Counter-Strike: Global Offensive. On the other hand, the Intel Core i5-9400F is slightly faster in PUBG and League of Legends.

I know that most of our readers are mainly interested in high-end gear, however, it’s also cool covering budget CPUs from time to time. Let’s hope that overall availability for this CPU will be better than what we’ve been witnessing these past few months in the high-end tier.