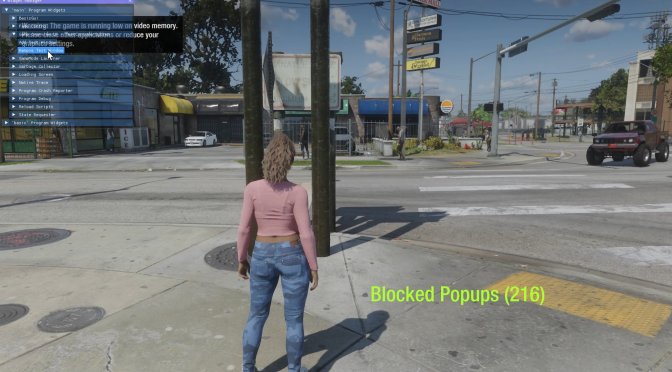 Even though Take-Two has not officially announced GTA 6, it appears we can get our first glimpse at it. Earlier today, numerous gameplay clips from what appears to be a WIP build of Grand Theft Auto 6 have been leaked online.

These gameplay clips follow suit with the “Bonnie & Clyde male/female leads” rumors. In other words, the main protagonists in this new GTA game will be a male and a female.

These clips come from a PC version (so yeah, there is a working PC SKU for GTA 6). At the top right, we can see the game using the DX12 API. Moreover, an NVIDIA GeForce GTX1080 was used in order to capture this footage.

My guess is that Take-Two will soon take down this leaked gameplay footage, so be sure to watch it while you still can. Since this is a developing story, we’ll be sure to update the article with more information.

As with most rumors, we strongly suggest these gameplay clips with a grain of salt. While they look legit and people have vouched for them, they could also be fake. For what it’s worth, these look legit and if they are fake, then kudos to the one who created them. Seriously though, this isn’t some shaky off-camera footage. This appears to be a major leak as we got over an hour of gameplay footage.