We normally don’t like sharing leaks about early review scores, but Dishonored is one of our most anticipated games of 2012 and we are happy to inform you that CVG’s score got leaked today. The reason we are happy is because the game gained an almost perfect score (9.5/10), suggesting that it is indeed one of the best games of 2012. Of course, early reviews can’t be trusted – well, most of the times – but we are pretty sure that Arkane Studios is capable of delivering a really interesting title.

According to the closing comments of CVG’s review, Dishonored offers incredible freedom, features an exciting and believable dystopian world and works equally well as a stealth or an action game. In its video review (that was also leaked but is private right now), CVG stated that Dishonored is GOTY and that it was a “once in a generation game that rewards patience.”

In other news, some gamers got their copies earlier than anticipated and managed to finish the game under four hours. We should note that other gamers have finished Arkane’s title in under six-seven hours, suggesting that the game’s length depends entirely on your playing style. Level designer Dan Todd, on the other hand, said that the game should last about 20 hours, give or take. As he wrote in the official Bethesda forum:

“My ghost and no kills playthrough took 22 hours. That’s without exploring every nook and cranny, and knowing the solution to everything beforehand.”

Dishonored will be officially unleashed on October 12th on PC, X360 and PS3! 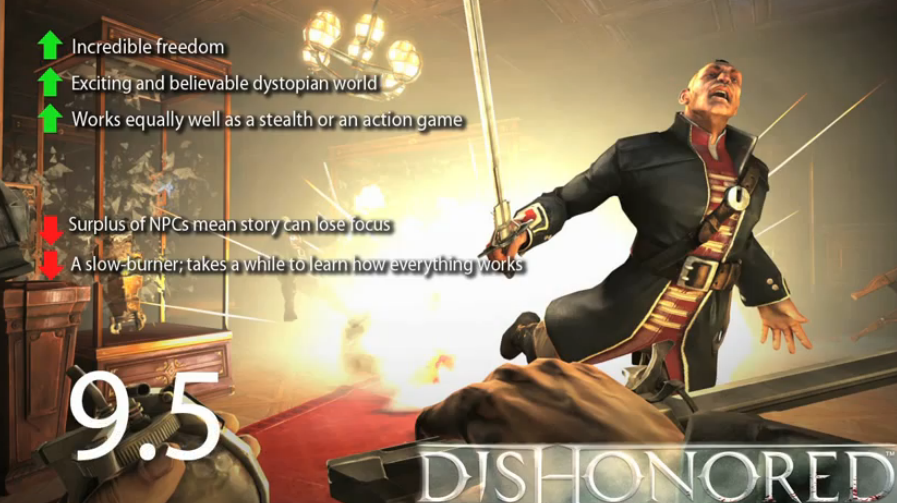