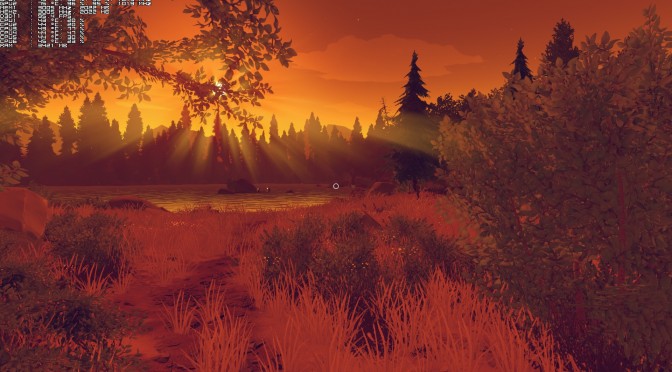 Back in 2015, we informed you about Steam users abusing its Refund policy. As always, we were heavily criticized about it, however it appears that we were right all along. Now before jumping to conclusions, we were not claiming that everyone abuses it. No, not at all. PC gamers are not thieves and we’re not saying such a thing. However, it’s a fact that some people abuse the system.

As we claimed back then, Steam’s refund ‘time-played’ policy should be dynamic as in its current form it has a negative impact to games that last 2-3 hours.

But what’s the meaning of this and why are we bringing this up? Well, Firewatch was released a couple of days ago. Firewatch is an indie title that lasts around 3 hours, and it took the team two years to create. And while Firewatch is a lovely experience that is priced at $18, some users are tempted in refunding the game even after completing in under two hours.

Here is what one of Campo Santos’ developer replied to a Steam user who – in a kind way – questioned whether he should use the refund policy of Steam as he has managed to finish the game in under two hours.

“The 11 of us all took a lot of risk to make this, and sacrificed financially to give Firewatch a chance. We all could have had much better paying jobs elsewhere, but we all thought this game idea had potential to be something special. We seemed to like each other ok, so we all took a big leap of faith. Two years, we say. Let’s give this a go, worst outcome is we all hate each other and go back to various money jobs, but we all could say, WE TRIED.

Two years +. We are all crammed in a tiny office, sharing one bathroom. It is not a glamorous thing, making an independent game. It is just a small room full of computers and a used microwave and $10 office chairs we luckily got from craigslist. Life happened during those two years: there were big breakups, profound illnesses of loved ones, a baby, etc. The dev team got to be like family, because that’s how making an indie game is, you are all in it together, through thick and thin, supporting one another bc if you don’t, there is no way in hell this game would get made, let alone any chance of it to be worth more than a bucket of ****.

We were excited, but terrified. We felt free, but were constrained. I have been in this industry for 15 years almost, and this is the hardest I have ever worked. We all gave it our all, to make this weird thing, and we had no idea if it was any good to anybody else. All we could do, was try the damn hardest to make something we are honestly proud of. At the end, if this was a commercial failure, all we have got is what we have made. Nobody could take that away.

So yes, I am sad when people think this game is not worth the money we asked for (which we thought was a fair ask). It makes me feel like I failed them. It is ok if people don’t like the game, but it affects me personally a lot, when people feel like it was not -worth- the time they engaged with it.”

And this is precisely why we wanted to raise awareness back in 2015!