The PC demo for Final Fantasy XV got released yesterday and while it features a nice amount of graphics settings to tweak, it appears that there is a hidden tool that allows players to adjust even more settings.

Spotted by Reddit’s member ‘Ryudo_Gaming‘, this tool is located at FFXV main directory -> tools -> GraphicsConfigurationTool. Inside that folder, you will find a program/tool called Luminous Engine tool.

Naturally, this will have a big performance impact on your performance. However, we are pretty sure that PC gamers will now be able to adjust their settings to their likings better than before, especially those that want to keep the NVIDIA Turf Effects. 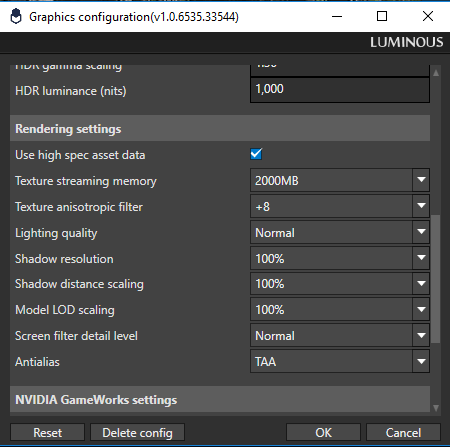