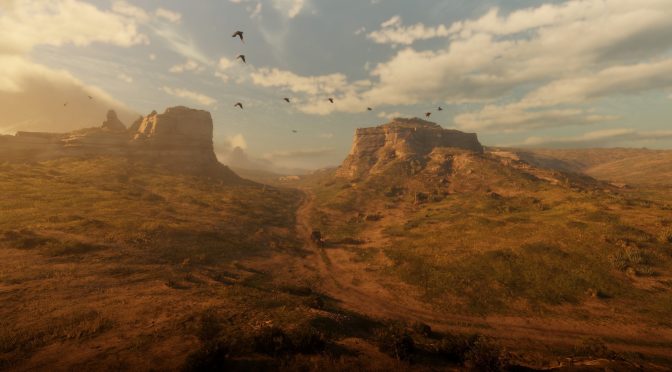 The first FOV mod/tool for Red Dead Redemption 2 is finally available. This tool allows you to adjust your in-game FOV, and we are pretty sure that a lot of PC gamers will find it useful.

This tool also removes black bars from the in-game cutscenes, cinematic cameras, shops and a number of other areas at 21:9 and wider resolutions. Furthermore, it removes pillarboxing from the photo mode.

Do note that this is a Cheat Engine script, so your anti-virus may falsely flag it. We’ve scanned this file and it’s clean, so there is no malware here.

Rockstar does not officially support mods, so make sure to use this (and all other future mods) in the game’s single-player mode. Otherwise, Rockstar may ban you. As its creator stated:

“I’m not aware of reports of people getting banned over the use of Flawless Widescreen in GTA V, but use the tool provided here at own risk and ideally avoid playing RDR Online without restarting the game after applying the hack.”

You can download this FOV tool from here. Once you’ve downloaded, you’ll have to launch the game, and then launch the tool. Below you can also find a video showing this mod/tool in action.