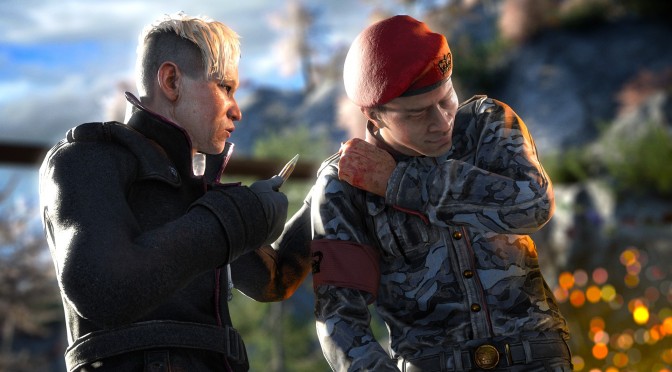 Ubisoft today released the promised 1.4 patch for the PC version of Far Cry 4. According to its changelog, this patch fixes the “black screen” issue caused by certain USB peripherals, as well as the “grey screen” issue some PC players were may have encountered after the Outpost Master Mission.

Disappointingly enough, this patch does not address the stuttering or the SLI “black shadows” issues that have already been reported.

As always, this update will be auto-downloaded from Steam and UPLAY next time you start those clients.

Here is the complete changelog for this patch:

Fixes:
-Fixed the “black screen” issue PC players were experiencing when certain USB peripherals were plugged in.
-Fixed the “grey screen” issue some PC players were may have encountered after the Outpost Master Mission.
Additional Information:
-This patch was to address the issues players were having with the black screen caused by certain USB peripherals, as well as the grey screen after the Outpost Master Mission only.
-It doesn’t include any of the issues we have previously talked about in our Patch 2 Preview[forums.ubi.com], or that have been reported to our Dev Team for investigation. The black screen was high priority for us and we wanted to get this particular fix out ASAP.
-This is a PC only patch, and you should be seeing Version 1.4.0 in the bottom left of your screen from the main game menu. If you are playing it on any other console, you will have a different version number.
-The issues with black shadows for those of you running SLI is a seperate issue, and we’re working with Nvidia to correct this.