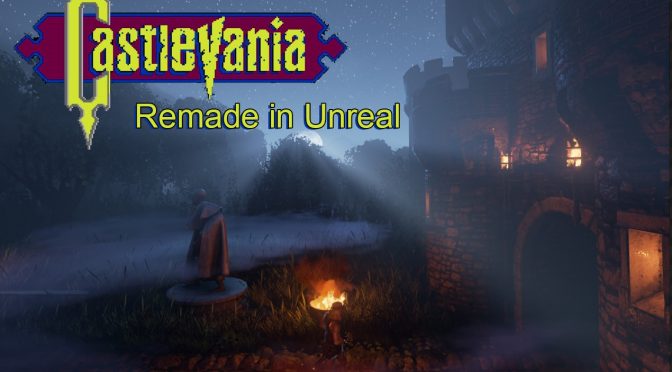 Back in March, we informed you about a fan-made remake of Castlevania in Unreal Engine 4. Created by Dejawolfs, this remake looked really cool. And today, we are happy to report that the first version of this remake is now available for download.

Dejawolfs has been working on this project for almost a year, and those interested can download this first version of ‘Castlevania Remake in Unreal Engine 4’ from here.

This is a really cool project, and we are pretty sure that Konami won’t send a C&D letter to Dejawolfs. After all – and apart from the UI – everything appears to be created from scratch. Still, we strongly suggest downloading the game as soon as possible.

Dejawolfs has also started working on the second level of this Castlevania remake, and you can view some videos below (from both the first and the second level) in order to get an idea of what this remake is all about.