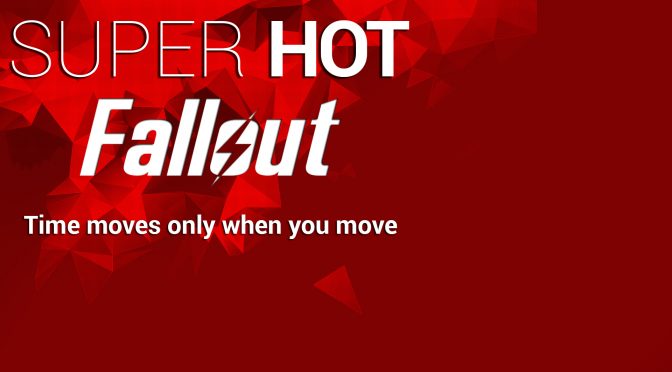 Xilandro Axeuora has released an interesting mod for Fallout: New Vegas that brings SUPERHOT’s gameplay mechanics to Bethesda’s open world title. In other words, time moves only when you move in Fallout: New Vegas thanks to this mod; something that definitely makes the game feel… cool I guess?

“Plan your movements, dodge bullets, slash them with your sword or deflect them like a true Jedi Knight. Hit hard and watch your enemies disintegrate. Switch places with your enemies to see them suffer from their own bullets or the bullets of their friends. Set-up your enemies to break lines of fire so that you don’t even need to shoot. Pick-up dropped weapons on the fly. Jump over the bullets in slow-motion, or use Superfocus to unleash firepower while your enemies are still frozen.”

To start, you need to get the “SUPERHOT” perk, available at level 3. There are four SUPERHOT perks right now, and to activate\deactivate SUPERHOT mode you’ll have to press the Q key (MCM configurable).

Here are the key details of this mod: