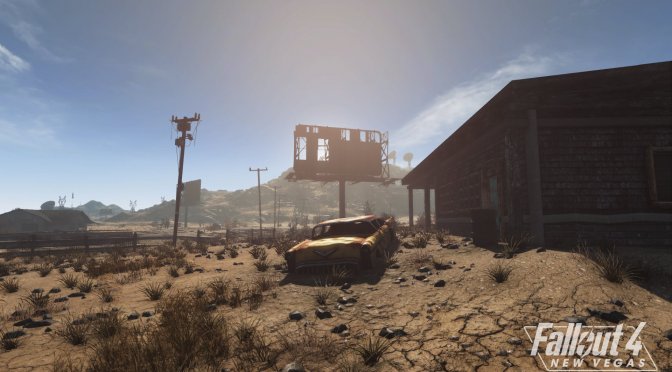 The team behind the Fallout New Vegas remake in the Fallout 4 Engine, Fallout 4: New Vegas, has released two new screenshots. These screenshots are from the latest build and will give you an idea of the game’s graphics.

Now while this fan remake looks better than the original version, you should temper your expectations. For the time being, the team is hard at work on implementing all of the gameplay features. It also won’t introduce new enthusiast graphical features, like Ray Tracing. So yeah, don’t expect this to look like a next-gen remake or remaster.

There is currently no ETA on when Fallout 4 New Vegas will come out. Still, and as we’ve already said, the team has a real passion for this project. Furthermore, Bethesda has not sent them a C&D letter. Alongside this Fallout New Vegas remake, there is also a Fallout 3 remake in Fallout 4. Thus, I’m almost certain that Bethesda will not take them down.