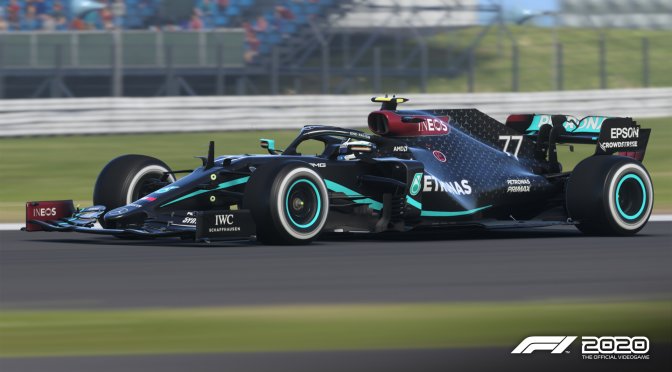 F1 2020 is a game that already performs incredibly well on the PC platform. And from the looks of it, the game can now run even better on NVIDIA’s RTX GPUs. Codemasters recently released a new patch for it that adds support for DLSS (Deep Learning Super Sampling).

As we wrote in our PC Performance Analysis:

“F1 2020 performs extremely well on the PC platform (obviously with the exception of the SSRT shadows). The game does not require a high-end PC system, and there are a few graphics settings via which you can improve performance.”

According to NVIDIA’s graphs, the RTX2060 Super is now able to offer an average of 62fps in 4K and on Max settings. My guess is that NVIDIA has also enabled the SSRT shadows. After all, that 69fps average of the RTX2080Ti is lower than what we got on Ultra settings.

Although NVIDIA and Codemasters have not clarified, my guess is that F1 2020 uses the latest version of DLSS. As such, RTX owners can expect visuals that are similar to native 4K resolution (when using this technique).

Now since this particular title already performs great on the PC, we won’t be re-installing F1 2020 so we can test its DLSS implementation. At this point, this DLSS patch is a bit pointless for RTX2080Ti. On the other hand, though, it can greatly benefit owners of less powerful RTX models. 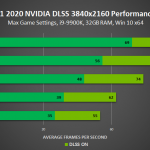 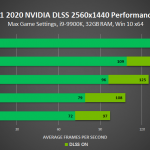 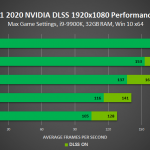