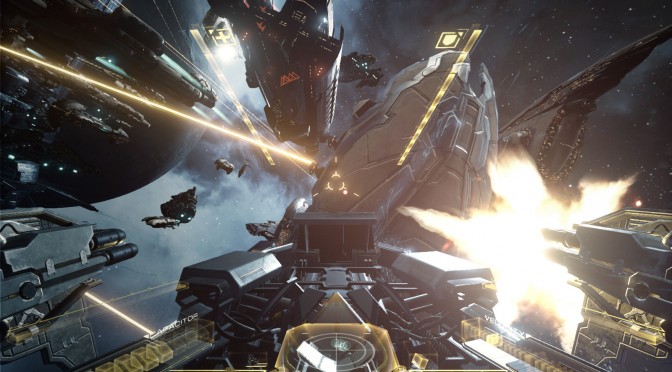 Furthermore, this update improves the mouse controls by adding a new mouse cpntrol scheme. This new method allows continuous turning with mouse movement without the need for a mouse lock key. This control scheme means that players can continuously and smoothly turn their ship in a direction by moving the mouse pointer away from the center of the screen. To stop moving (or adjust the direction), players will have to simply move the pointer back to the center of the screen.

CCP Games has also added some new visual feedback to keep players informed on when they are turning at the maximum speed, as well as support for more joysticks.

The new joystics that are now being supported are:

This patch will be auto-downloaded next time you start the Steam client. You can read the complete changelog for this new update below.