It’s been a while since our last check on Epic Games, don’t you think? Well, we don’t know if this is good or bad news, but it seems that the studio behind Unreal Tournament and Gears Of War is currently working on a new title (and no, we’re not talking about Fortnite). Spotted by Reddit’s member ‘ekim1’, this forum page clearly hints at ‘something’ that is in beta phase and is called Rocket.

Epic Games has not commented on anything at the moment, but this may very well be our first ‘look’ at Epic’s next project. That, or this ‘Rocket’ thing is something regarding Epic’s forum. But that seems unlikely, so Rocket should be the code-name of what the team is currently working on. 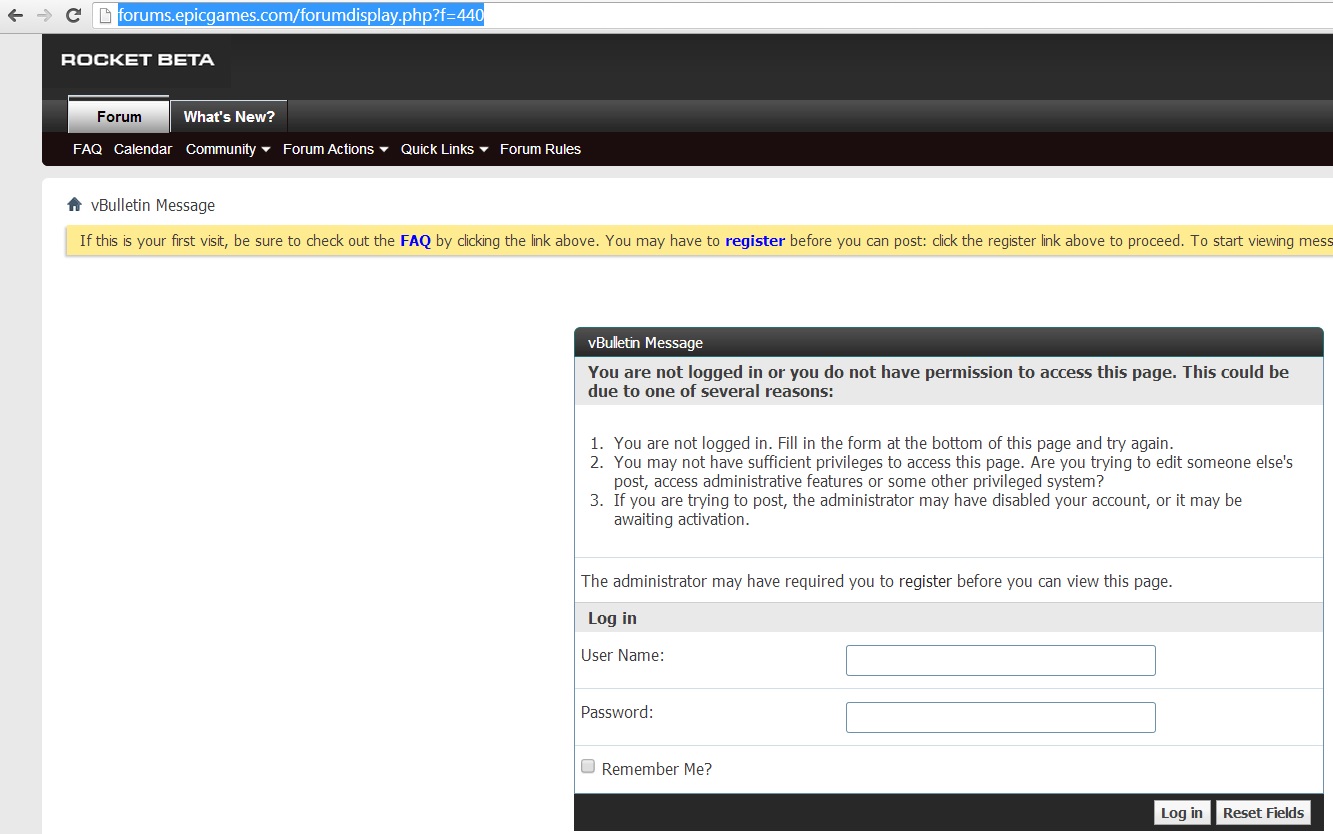 Let’s also not forget that PAX Prime is almost upon us.

Is Epic Games gearing up for an announcement of a new IP? We’ll soon find out!