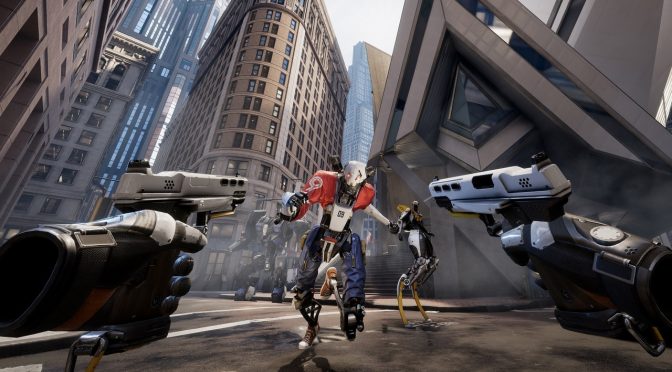 Epic Games has just announced a new VR first-person shooter exclusive to Oculus Touch, Robo Recall. In order to celebrate this announcement, Epic Games released the debut trailer for this brand new game that can be viewed below.

Robo Recall is described as an action-packed virtual reality first-person shooter with gratifying gameplay and an in-depth scoring system, in which players explore immersive environments as they take on a variety of rogue robots, unlock an expanding arsenal of weapons and access all-new challenges.

In Robo Recall, players can use creative combat tactics and skill shots to earn high scores as they teleport through city streets and rooftops in an awe-inspiring ballet of bullets.

Players will be able to tear apart their robot foes and use them to fend off the enemy onslaught, as well as unlock, customize and test weapons before taking on challenges that put their newfound skills to the test.