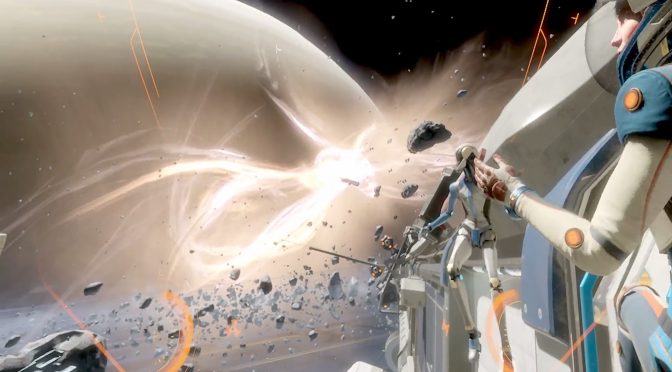 Ready at Dawn has announced a new VR first-person title exclusive to Oculus Touch, Lone Echo. In order to celebrate this announcement, Ready at Dawn released its launch trailer that can be viewed below.

Lone Echo will include both a highly-interactive single player story and an online competitive multiplayer virtual sport, all set in an amazingly detailed 23rd century world.

In Lone Echo, players can grab, push, and glide their way through an immersive first-person 360° science fiction experience where they can not only reach out and touch interactive environments, but can effortlessly soar through them with incredible 1:1 hand-based zero-gravity movement.

Lone Echo looks kind of interesting, so be sure to check its debut trailer!