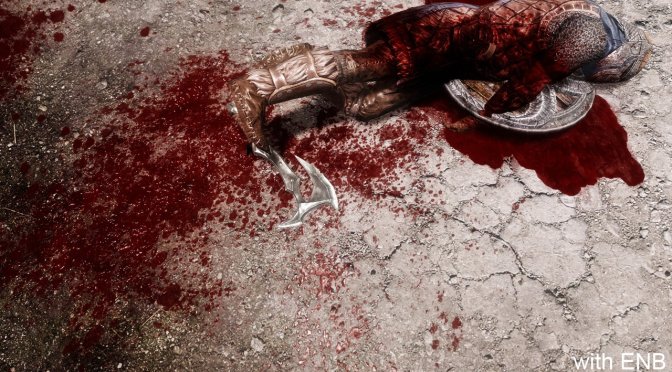 Going into more details, the mod provides a bloodier combat experience with higher resolution and detailed textures. Furthermore, it comes with some additional features such as killmove animation spasms and blood drops when health is low. It also packs damage based blood amount, blood pools, and green blood for spiders and oil for machines.

Moreover, the mod adds blood spurts from the neck area after decapitation and throat slits killmoves. It also introduces pools of blood that will react differently on hard or soft surfaces.

You can download this mod from here. Below you can also find a video showcasing this mod in action.