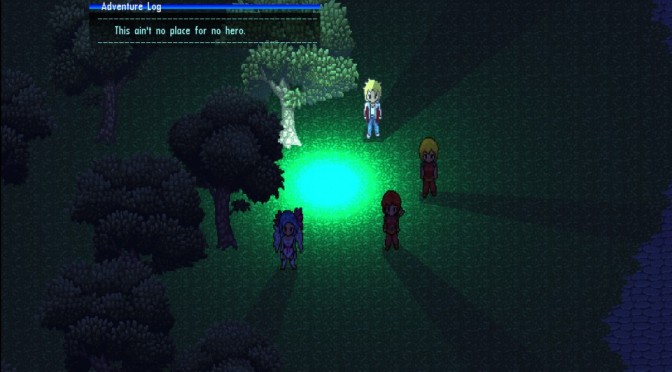 “Our goal is to create a “next-gen” 2D RPG in terms of gameplay, graphics, and audio while still remaining true to the games that inspired us to become developers.”

Elysian Shadows takes place in a world caught in constant conflict between magic and technology. The gift of magic is bestowed upon loyal followers of The Creator, while the nonreligious sects of society are forced to rely upon technological advances in their daily lives. Upon uncovering a mysterious artifact deep within one of the ancient ruins scattered throughout the land, Julien and friends find themselves thrust into the middle of this mounting conflict, and they must now solve the mystery of the ancient civilizations to prevent the destruction of their own.

Falco Girgis’ goal is to create a gigantic, open world with a Zelda-style emphasis on exploration and environmental interaction while still retaining the rich storyline and combat mechanics of a full-fledged RPG. Combat will be fast, fluid, and action-oriented, sporting particle effects, rigid-body physics, and advanced AI, while simultaneously offering tactical and strategic depth through character customization, unlockable abilities and techniques, and an advanced class system.

Falco Girgis will launch a Kickstarter campaign for this game this Summer, so stay tuned for more!