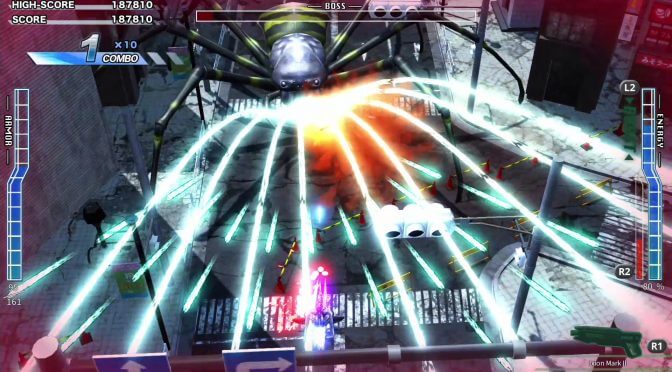 D3 Publisher has announced that its Earth Defense Force 4.1 THE SHADOW OF NEW DESPAIR 3D top-down shoot ’em up spinoff, Earth Defense Force 4.1 Wingdiver the Shooter, is coming to Steam on April 26th. In it, players will step into the shoes of a soldier in Pale Team, an elite branch of the EDF’s Wing Diver division, and once again fight in the world featured in 4.1.

The game features 60 different weapons to collect and master throughout the game’s 6 missions and 5 difficulty levels (Easy, Normal, Hard, Hardest and Inferno).

D3 Publisher has also revealed the game’s official PC requirements. PC gamers will need at least a 3.2GHz 4Core CPU with 8GB of RAM and an AMD Radeon HD 7970 or an NVIDIA GeForce GTX 760 graphics card.