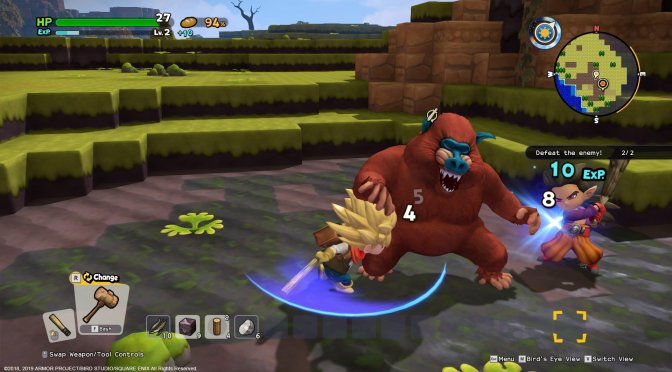 Square Enix and KOEI Tecmo have announced that DRAGON QUEST BUILDERS 2 will be using the Denuvo anti-tamper tech. Moreover, the teams have released a PC demo that PC gamers can download right now. Not only that, but the official PC requirements for this game have also been revealed.

In the PC demo, players will customize their character and set off to their first encounter with the children of Hargon. Players will team up with Malroth in the Isle of Awakening and sail to Furrowfield to help the villagers rebuild their town.

DRAGON QUEST BUILDERS 2 is coming to the PC on December 10th. Below you can find the game’s full PC system requirements.