Bioware has released a new screenshot for Dragon Age: Inquisition, showing for the first time the special UI that will be available on the PC version. As we can see, PC gamers will have a quickbar via which they can add 8 abilities to each of their characters. Do note that you can only assign 8 abilities (you can change them between battles) on each character, meaning that 32 abilities in total will be available during your battles.

As Mike Laidlaw claimed, Dragon Age: Inquisition is all about roles, planning ahead and making tactical decisions. This obviously means that players will have to choose wisely as potions, ability choice, gear, and party composition play a huge part to this latest part of the DA series. 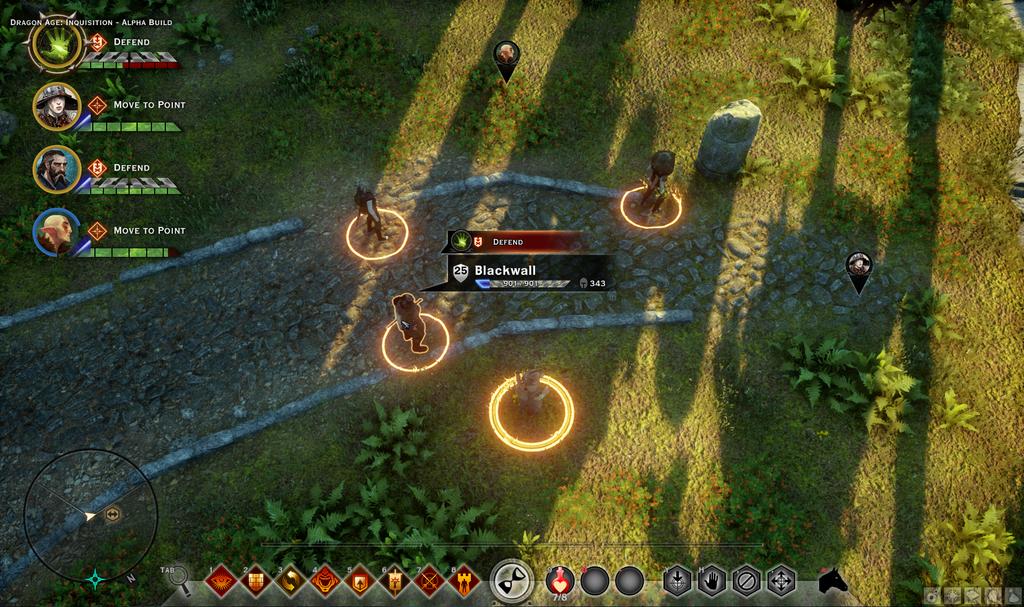