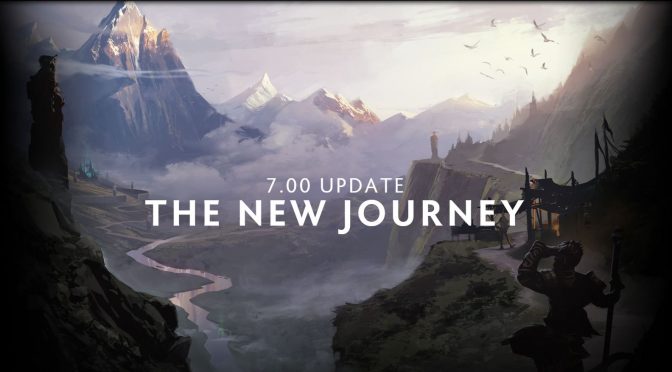 Valve has announced that a massive new update for DOTA 2 will be released later today. This update will introduce a new character (the Monkey King), will feature redesigned models for Slardar, Viper, and Enigma, and will improve the game’s HUD.

In addition, this update will improve the game’s environments. The game will now support improved skyboxes and dynamic grass, as well as trees that sway in the wind.

Naturally, there will be major changes to the gameplay, so players can expect balanced tweaks for a number of characters, and various map changes.

This update will also introduce Hero Talents and Backpack slot.

Hero Talents offer powerful augmentations to a Heroes’ capabilities, and players players can select them at levels 10/15/20/25. Each level offers unique branches, and bypassed branches are not available at future levels. Furthermore, each hero has their own unique set of Talents to choose from.

On the other hand, the Backpack slot allows Heroes to carry three additional items. While backpack items cannot be activated and grant no bonuses, they can be used to complete recipes, and players can swap items from backpack to inventory slots with a short item cooldown.

You can read more about DOTA 2’s massive update 7.0 at its official website!