According to Steamspy’s data, DOOM has sold more than two million copies on the PC. DOOM was released in May 2016 and it took Bethesda over one year – and a number of special deals/discounts – to hit that 2 million goal. Moreover, and contrary to other publishers, Bethesda completely removed Denuvo once DOOM was cracked. 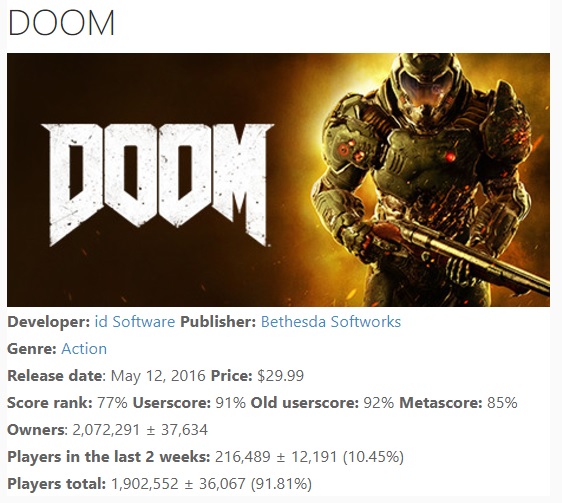 DOOM is the ninth most successful Steam game for Bethesda, falling behind the original Dishonored, Fallout 3/4/New Vegas and Skyrim. DOOM was able to beat the latest Wolfenstein game, id Software’s previous title, RAGE, as well as Dishonored 2.

We got in touch with Bethesda and id Software who have not commented yet on these figures.