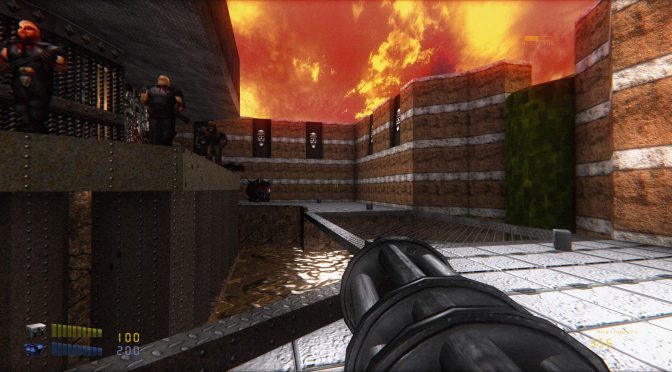 Back in January 2019, we informed you about a new mod for the first Doom game that aimed to overhaul its visuals. Created by modder ‘vasyan777’, Doom Remake 4 brought with it High Resolution textures with PBR materials, 3D models of every object and enemy, New HUD, Brutal mods with plenty of blood and gibsmore lights, support for the Vulkan API and more. However, it appears that this mod is no longer under active development.

A few days ago, Zenimax sent vasyan777 a Cease and Desist letter, stating that the current use of the Doom IP on the Doom Remake 4 website and social media pages is without Zenimax’s authorization and is infringing. As such, the modder had to take immediate steps to remove all uses of ZeniMax Media Inc intellectual property, including DOOM copyrights, trademarks, characters, artwork, images, and logos and desist from any further use.

At first, vasyan777 thought that this C&D letter was due to the fact that this was a standalone mod. Contrary to other mods that required the presence of the original Doom game, Doom Remake 4 could be played without requiring it. The modder made some changes to his mod, with its latest version requiring the original game itself, however that wasn’t enough.

Zenimax has sent the modder a subsequent rejection letter, rejecting the new version of his mod. Zenimax claims that the problem with the mod is the third-party game engine it is using, something that makes no sense as the mod is basically using GZDoom; an engine that pretty much all current mods support (even Brutal Doom; the mod that inspired id Software for the execution kills in Doom 2016).

“Unfortunately I had to remove all downloads due to legal issues not being sorted. I thought ZeniMax would approve the new build because this time it was distributed as a mod, but it seems the problem was a ‘third-party game engine’ which they said is illegal to use with Doom IP (this is very weird since Doom Remake 4 was bundled with GZDoom which is just a Doom source port forked from original Doom engine which is GPL).”

In short, Doom Remake 4 is no longer under development and its ModDB page has been taken down!