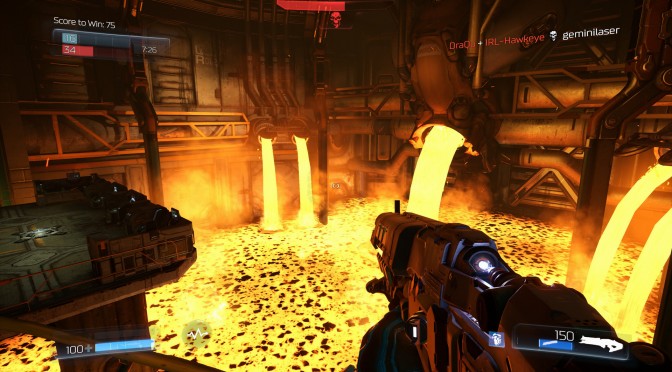 Bethesda has just announced that the multiplayer open beta phase for DOOM will begin on April 15th and will last until April 18th. As the press release reads, this Open Beta will not require a code and players will simply be able to logon to the platform of their choice and download to access Team Deathmatch and Warpath on the Heatwave and Infernal maps.

Multiplayer will also receive content updates in the form of new game modes.

Both of these SnapMap and multiplayer updates will be free to use and play.

Naturally, Bethesda will also release new DLC priced MP packs for DOOM, but that’s something we’ll be not covering!