SuperData has shared its monthly report, stating that that Doom Eternal sold 3 million digital units in March 2020. According to the company, that’s more than three times what Doom sold (957K) during its launch in May 2016.

The company also noted that since Doom Eternal is a primarily single-player game, it will likely have a shorter revenue tail than other multiplayer shooters that monetize through the regular sale of in-game content.

On the other hand, Half-Life: Alyx was a blockbuster by the standards of virtual reality (VR) exclusive titles. Half-Life Alyx had a total of 860K gamers in March 2020. The game also had a limited addressable audience, as there was an install base of fewer than 4 million PC-compatible VR headsets at the end of 2019. Direct purchases of Half-Life: Alyx generated $40.7M in revenue. Moreover, hundreds of thousands of free copies of the game were bundled with VR devices to boost interest in VR.

Lastly, here are the top selling games for PC and consoles in March 2020. 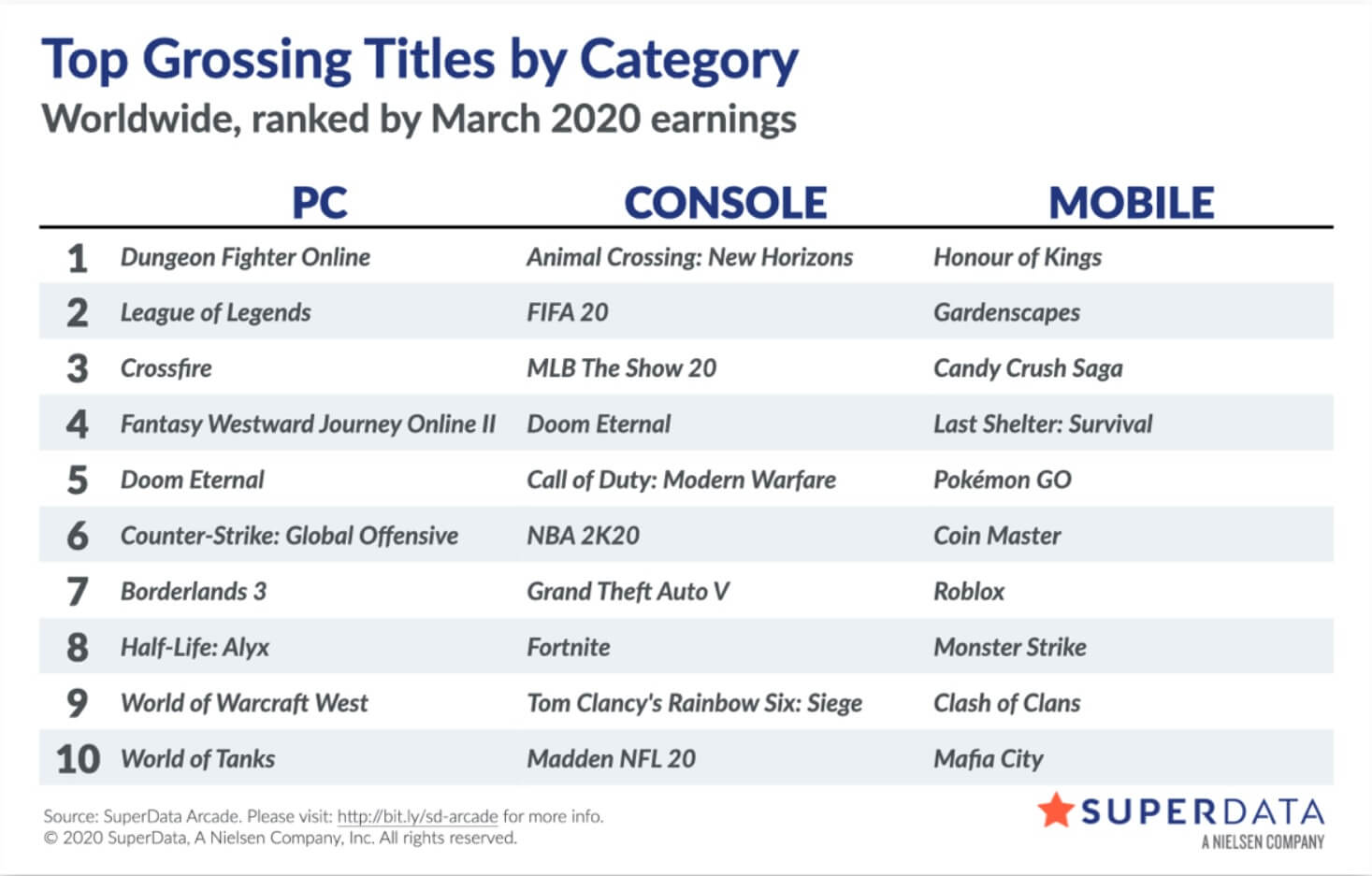