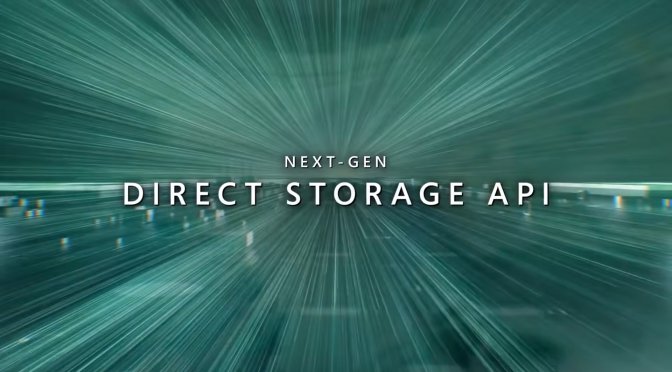 Microsoft has announced that DirectStorage API is now available on PC, supporting both Windows 10 and Windows 11. Starting today, developers can release PC games that can take advantage of this API in order to improve overall performance.

As Microsoft noted, this public SDK release will allow developers to more fully utilize the speed of the latest storage devices. Not only that, but all gamers (even those using hard-disk devices) can benefit from it.

“While you may see benefits on any kind of storage device, installing games to an NVMe SSD will maximize your IO performance and help you more fully experience the benefits of DirectStorage. “

This first release of DirectStorage provides developers everything they need to move to a new model of IO for their games. Additionally, Microsoft is working on even more ways to offload work from the CPU. For instance, GPU decompression is next on its roadmap; a feature that will give developers more control over resources and how hardware is leveraged.

Lastly, and from what we know, one of the first games that will support DirectStorage is Forspoken.

Microsoft will present an introduction to DirectStorage at GDC on March 22nd!