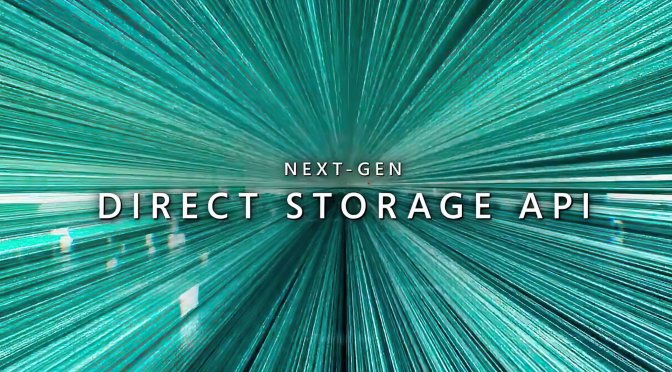 Microsoft has released DirectStorage V1.1 for PC to all developers. According to the team, this new version of DirectStorage contains everything a developer needs to get started with GPU decompression.

In theory, GPU decompression will improve overall performance on a variety of PC systems. By doing so, developers can also decrease overall CPU usage, and minimize PC stutters.

“DirectStorage creates a compute queue and two copy queues. The decompression takes place on the compute queue – either by executing the decompression metacommand if available, or by dispatching the DirectCompute fallback implementation. If the GPU/driver is unable to use the DirectCompute fallback, then DirectStorage will decompress on the CPU. The first copy queue is used to copy the compressed stream from system memory to the GPU. The second copy queue is used to copy the decompressed stream to the final resource.

The amount of GPU decompression work given to the GPU can be controlled by the number of requests being made. This is like the way that games currently scale level of detail for rendering on different hardware configurations.”

From what we know so far, Forspoken will be the first game to use DirectStorage on PC. Therefore, it will be interesting to see whether Square Enix’s game will run better than most other modern-day open-world games.