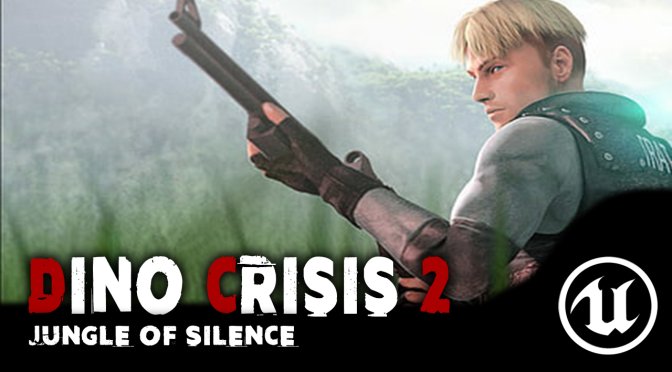 A lot of players have been begging Capcom to remake Dino Crisis. And while, from what we know, Capcom does not currently plan to revive this franchise, we can at least take a look at what a modern-day Dino Crisis could have looked like.

A while back, Stefano Cagnani shared a pretty cool short fan remake of Dino Crisis 2 in Unreal Engine 4. This free demo recreates the environments and dinosaurs from Dino Crisis 2 in a 3D third-person game.

Now as with all fan remakes, you should keep in mind that it’s created by a single person. As such, don’t expect this to be as polished as a triple-A remake. Still, and since we don’t have a lot of dinosaur games, I believe that most of you will find it cool.

From what I saw, Cagnani has added the raptor sounds from the Jurassic Park movie. This demo also features bendable grass, as well as some basic combat mechanics. Don’t expect much though as these combat mechanics are really rough and unpolished. Nevertheless, a playable is better than a mere video of a fan remake, right?

You can download this Dino Crisis 2 fan remake from here.