Digi-Capital has issued its new Games Q1 2018 report, detailing how the three big sectors of mobile games software, PC games hardware, and PC games (online) could take just under three-quarters of total games market revenue by 2022. According to the report, if mobile games software continues its outperformance of recent years, it could deliver in the $55 billion to $60 billion range this year, and grow to $90 billion to $95 billion by 2022. 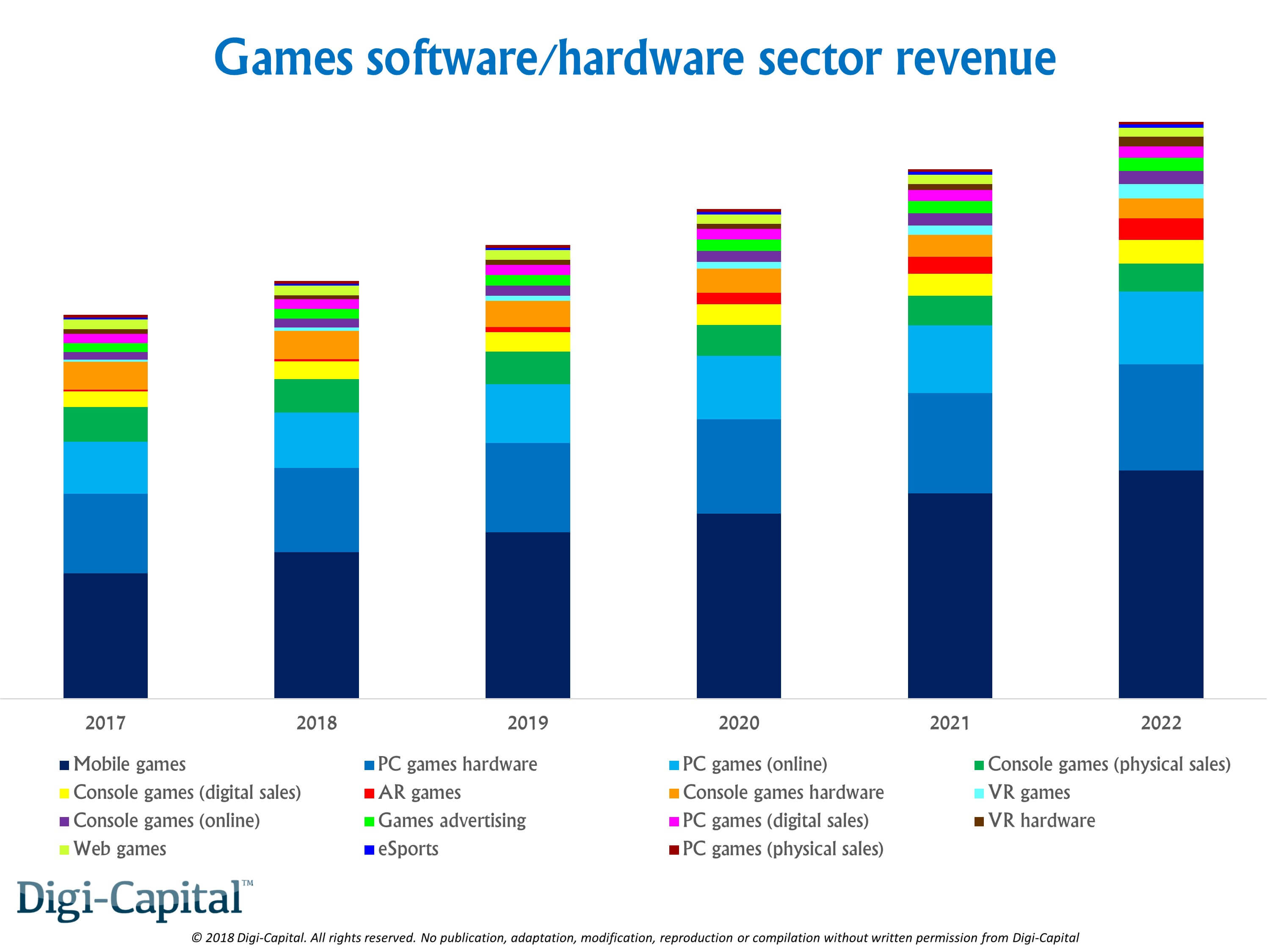 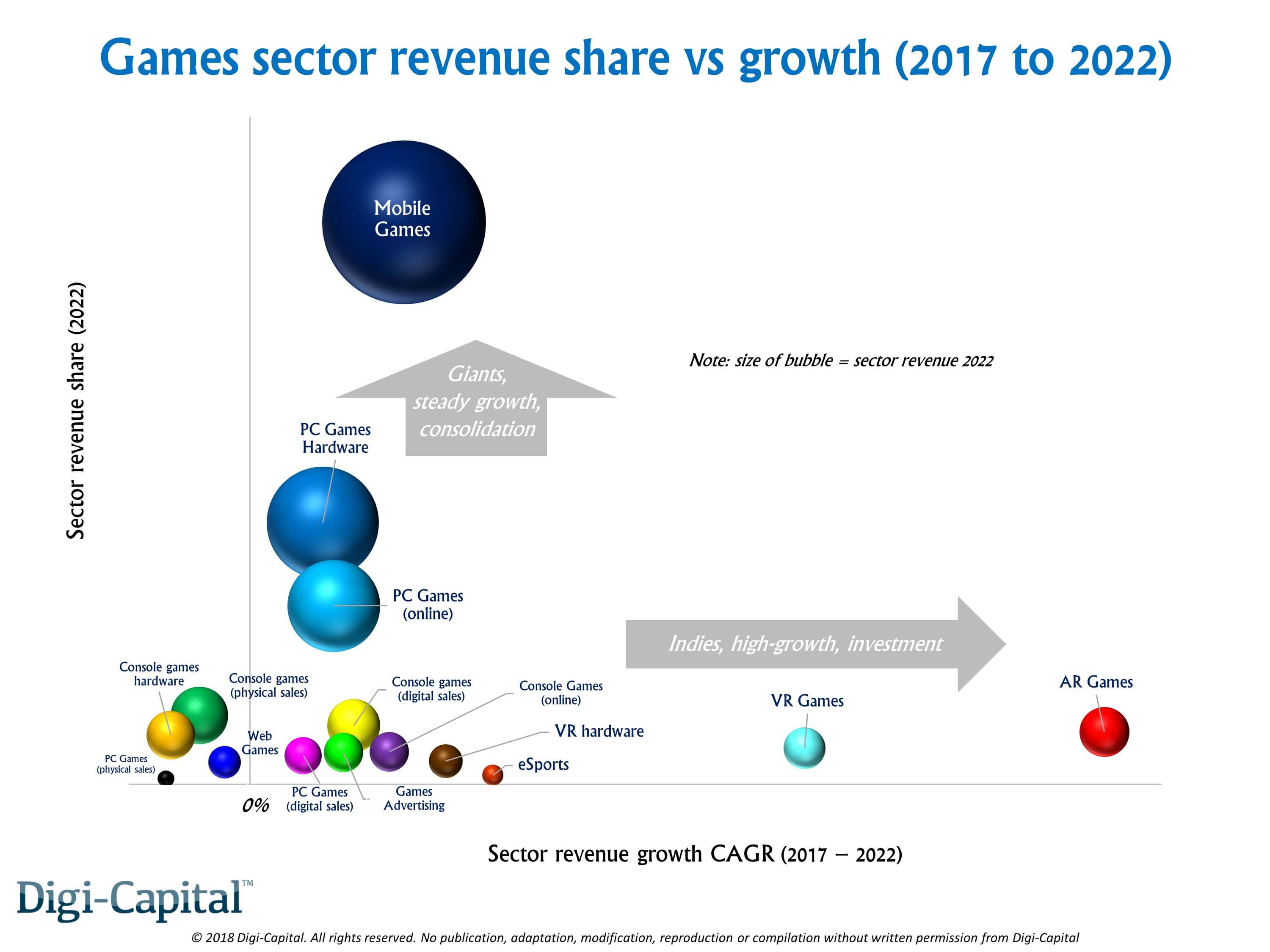 All in all, this research explains why more and more companies are trying their best to expand their in-game monetization systems. As the graphs suggest, there is a HUGE crowd on the PC that buys DLCs, subscribes to services or games and purchases in-game stuff (microtransactions). So from a business perspective, it makes sense to throw as many microtransactions to a game as possible. It’s not a consumer-friendly tactic but from the looks of it, things are not going to improve in the near future.